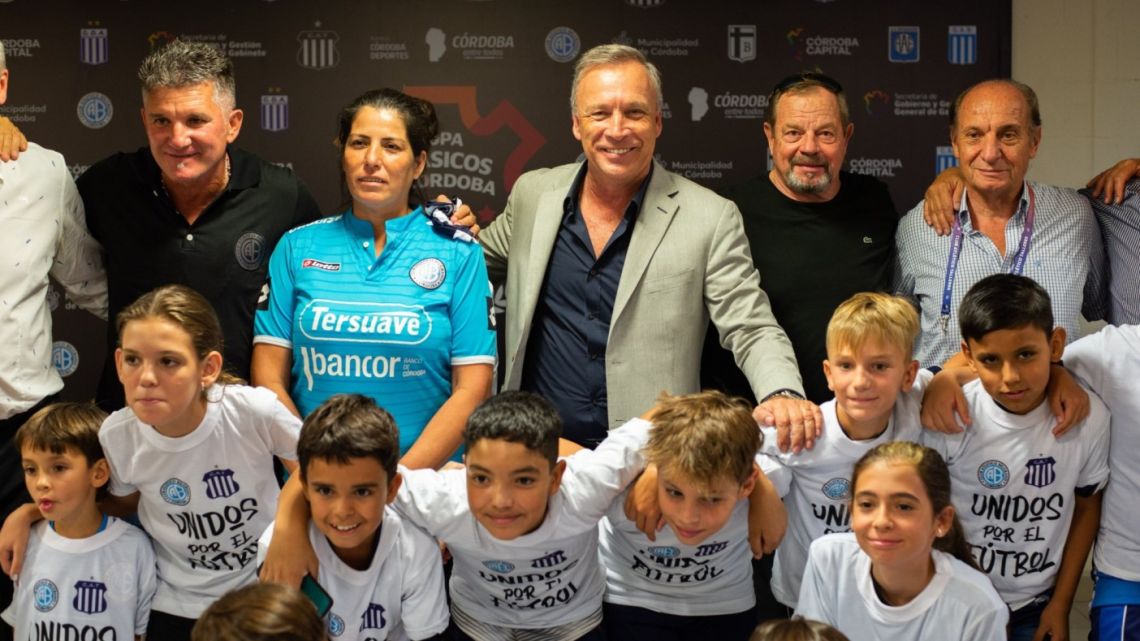 An abyss. This is how Juan Manuel Cavagliatto, the president of the Institute, defines the distance that, in economic terms, exists between the First National and the Professional League. The jump to the highest division of Argentine soccer represents a challenge for ‘la Gloria’, whose leadership has demonstrated management capacity in the financial and sports areas, and also to establish good relations with the powers of the AFA.

If playing in the main promotion tournament you will need to have 10,000 members in your registers so that the numbers more or less close you, the ceiling of 35,000 cards last year appears as a minimum, vital and mobile to project 2023. With With the exception of basketball, which in the Alta Córdoba club is a world apart, the normal functioning of soccer and the rest of the things demanded in the previous season $60 million every 30 days, which represented an annual expense of $720 million.

After the return to the elite category of the country of the three-time world champions, the economic forecast should be adjusted in just two months to the requirements of the new reality. Being First Class represents a greater investment in “human resources”, logistics, infrastructure and the staging of a reserve team, although it also implies the possibility of promoting assets derived from business and passion.

The most tangible example is the income from television rights, which in the worst case -there were still no details in this regard from the AFA headquarters- will quadruple the $4 million per month in 2022.

With the desire for the Institute to “arrive to stay” in the Professional League, Cavagliatto and his commission peers drew up an action plan that requires $160 million per month, which in the accumulated annual implies $1,920 million. Something like 5.1 million dollars, according to the last price of the ‘blue’. If he accepted Godoy Cruz de Mendoza’s offer for Franco Watson’s pass, 1 million dollars for 90% of the token, “la Gloria” would have guaranteed himself two and a half months of subsistence.

While looking for better proposals -in football in these times of crisis, transfers are key to balancing the trade balance-, the red-and-white entity is adjusting to the new reality with what is at hand. The conscription of partners, with an average fee of $1,900, can give you $66.5 million per month with the aforementioned floor of 35,000 followers. 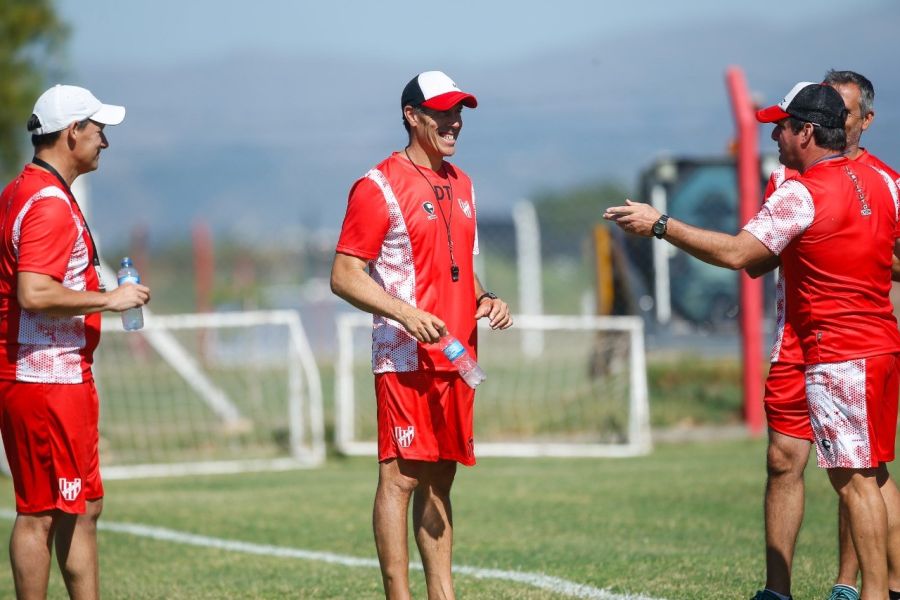 REPLACEMENT. There were many ups and downs in Bovaglio’s team. /// PHOTO: INSTITUTE PRESS

For the classics against Talleres and Belgrano, against whom Albirrojo was lucky enough to host on days 7 and 22, there will probably be a move to the Kempes Stadium. There he already has scheduled the commitment of the 5th date against Newell’s Old Boys, because that weekend there will be a recital by Ricardo Arjona on the Alta Córdoba court. The change of scenery allows ‘la Gloria’ to have 27,500 extra hours per match and the possibility of invoicing a bonus for ticket sales.

“In Primera you have to multiply the budget almost by three.” With the championship and promotion in his pocket, Luis Fabián Artime was a little more precise when it came to quantifying the impact of the change in category. Belgrano, who spent $1.2 billion annually in the Primera Nacional and made good (although less clean) friends with the AFA, would also probably substantially change his spending plan for 2023.

The return to the divisional maximum, after three and a half years, will imply for the celestial treasury an outlay of $270 million every four weeks, which represents a global of $3,240 million for the 365 days. For City slates, the figure represents $8.6 million.

In the case of the Pirate, who had a deficit of 1 million pesos per day in the first exercise of the presidency of “Luifa”, the year is shaping up to be more relieved for the treasury, since they will soon begin to pour out the almost 4 million dollars pending for the passes of Cristian Romero and Lucas Zelarayan. Meanwhile, in the daily, “B” seeks to strengthen ties with sponsors and ‘strategic allies’, enhance the offer of clothing and commercialization in their stores and reaffirm the convening power of recent times.

The debut in Córdoba against River on Saturday, February 4 and the Cordovan superclassic, initially scheduled for the third week of May, will allow him to obtain extra income by spending 28,500 tickets each time.

To increase capacity, general reconditioning works and the construction of 1,500 new plaques are being carried out at the Gigante de Alberdi. From the club it was reported that the venture, whose cost was estimated at $300 million, will be financed with the sale of those places for two seasons.

Fassi does not devalue

“In order to have a significant structure, we must speak of a figure that oscillates between 3,000 and 3,500 million pesos per year.” Andrés Fassi has it much clearer. Or he has the advantage of spending his sixth year and a half in Primera as the highest authority in Talleres.

The albiazul leader acknowledges that having been left out of the cup grids, after participating in the Sudamericana 2021 and the Libertadores 2022, represents “an inconvenience from the economic dimension.” “Surely new sponsors and allies will join, and we may also have to appeal to the sale of one of the important players that the professional squad has,” he told PROFILE CÓRDOBA at the end of last year.

Despite the fact that he received surveys and offers for several of his footballers, Talleres recently planned to make an “extraordinary income”, as his president likes to say, in the last hours. 1.6 million dollars entered the albiazules arcades for the pass of the winger Enzo Díaz to River Plate, 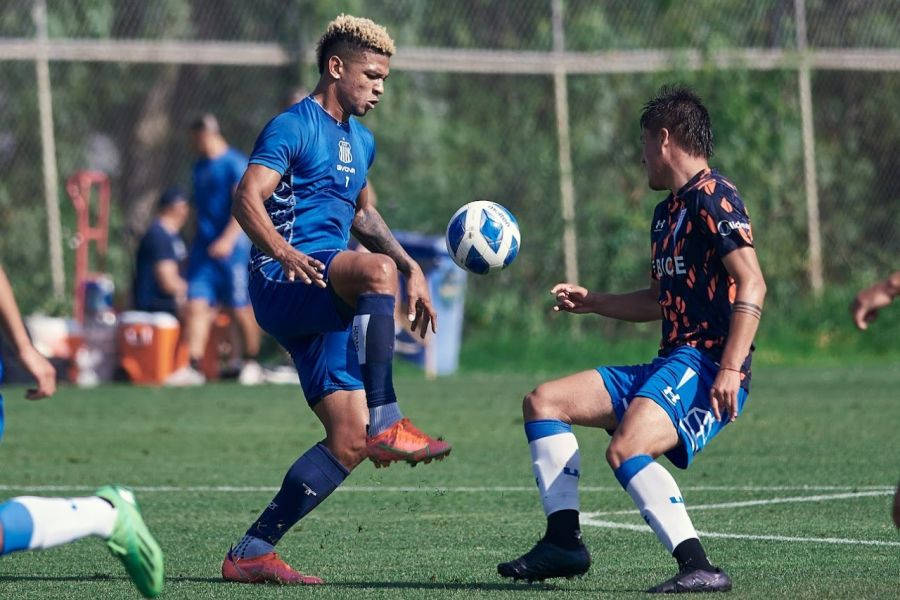 FOR NOW CONTINUE. Valoyes, the most sought-after player in Talleres. /// PHOTO: WORKSHOPS PRESS

This operation, together with the 700,000 dollars that San Lorenzo paid for Rafael Pérez, compensates the basic payment for a participation in the Conmebol tournaments and allows the “T” to start the year with more air. In the Jardín neighborhood, the budget will surely reach and possibly exceed Fassi’s forecast: the equivalent of 10 million dollars per season.

Beyond the fixed idea of ​​reaching 70,000 active members, the albiazul leadership, which maintains a cordial but distant relationship with Claudio “Chiqui” Tapia, is optimistic in terms of being able to retain the 55,000 fans that appear in their registers. Last December. They estimate that the repatriation of striker Nahuel Bustos and the fact of sharing the stage with the other two Cordoba teams will activate the passion of the Albiazul fans.

Ranging between $2,720 and $26,780, and averaging $8,196, the fees paid by members could well sustain a large part of the spending scheme, if the call is maintained at current values. It should be noted that the subscription system is not in force at Talleres: people choose their location and pay the established rate every beginning of the month. 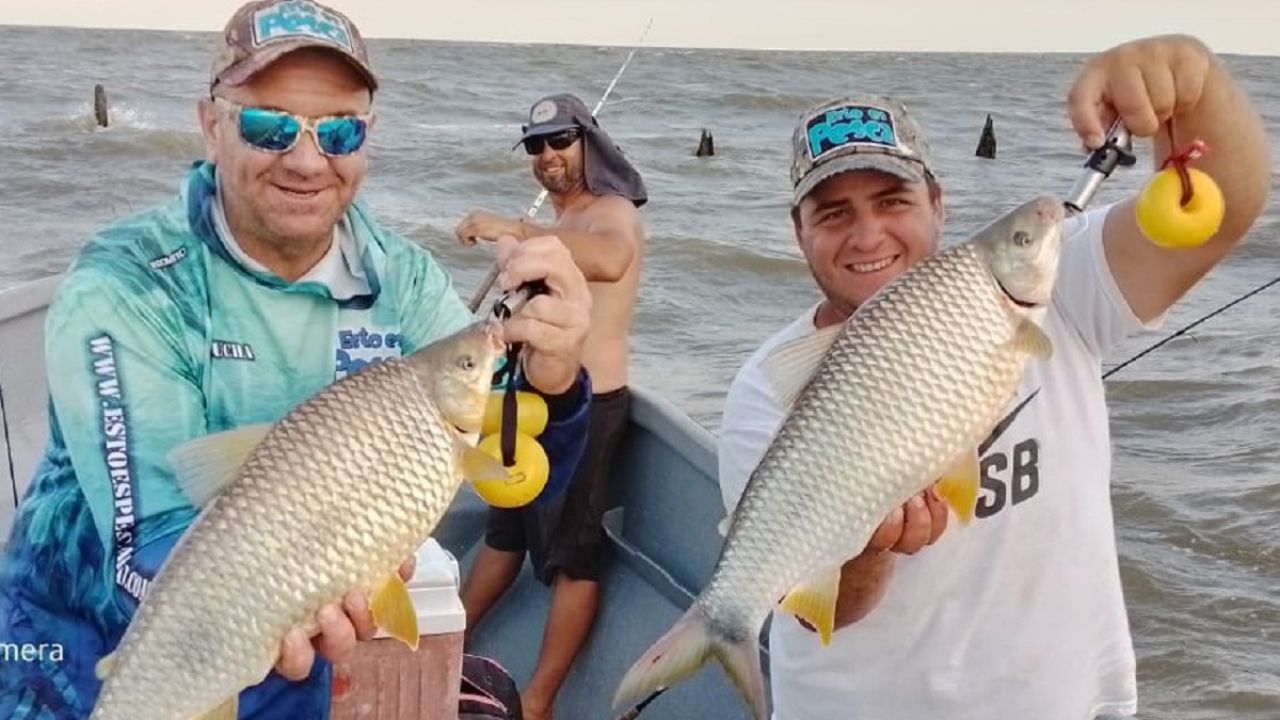