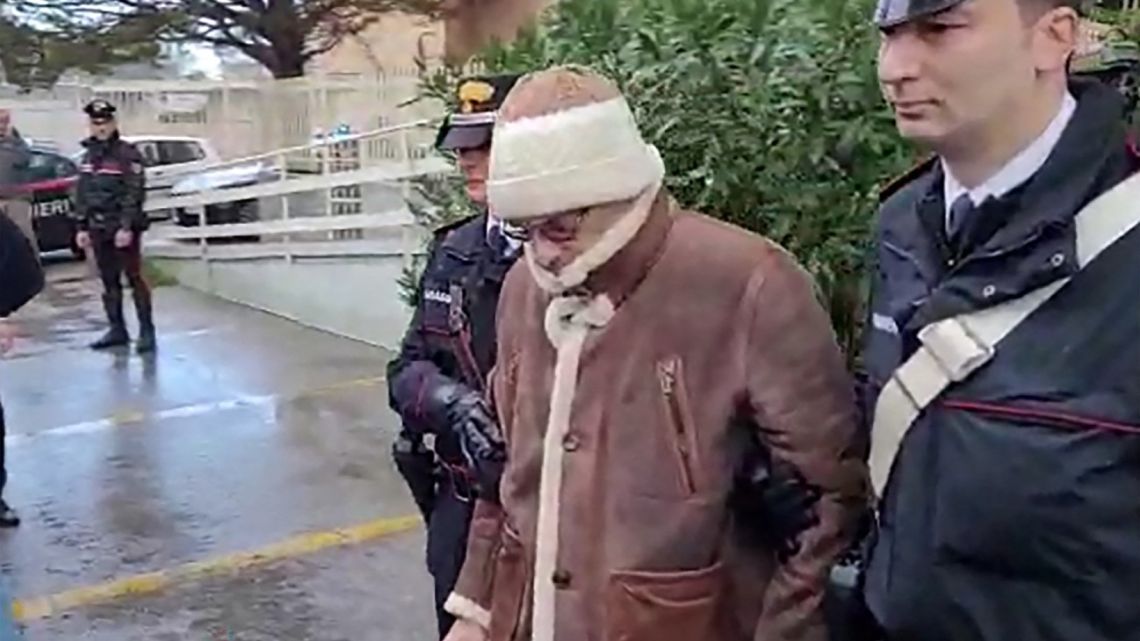 The boss of the Sicilian Cosa Nostra, Matteo Messina Denaro, was apprehended and immediately transferred to the maximum security prison of Le Costarelle in L’Aquila in Italy. In that prison he is subjected to the regime for gangsters called 41-Bis or “hard prison”.

According to a study by the Permanent Observatory of Deaths in Prisons, the suicide rate among prisoners under the regime of article 41-bis it is 3.5 times higher than the rest of the prison population. Under this regime, in the 22 prisons that apply it in Italy, there are a total of 722 men and 7 women detained.

Filed and in custody was the designer clothing he was wearing at the time of his arrest. After 30 years of searching Messina Denaro was arrested in Palermo, southern Italy, and placed under the regime for mafiosi. In the current cell it is accompanied by a bed, a table and a chair, all wall-mounted to the ground, and a bathroom located in a corner.

How the system for gangsters works

The 41-Bis consists of a isolation of 23 hours a day. Once a month the detainee will be able to meet with a member of her family for a maximum time of one hour and through a dividing glass. In addition, he is prohibited from receiving books and “any other type of documents” from abroad and a limitation on relations with other inmates.

According to various associations that defend the rights of detainees, 41-Bis is on the threshold of harassment and deliberate harassment. Despite the strict rules, Messina Denaro needs to get an exception. The Capo will be able to see or listen to the lawyer designated by him, his niece Lorenza Guttadauro, more time than the weekly hour available to the regime.

This “hard prison” system, as it is colloquially known, was created in 1975 for the most serious crimes and riots within penitentiaries, but it began to be applied to gangsters after the fatal attack in 1992 on Judge Giovanni Falcone in Sicily.

During the first decade it appeared as a temporary measure that was extended until 2002. From that year and through Law 279, 41-Bis had a permanent character in the penitentiary system.

According to the latest modifications of 2009, only the Minister of Justice, after consulting the anti-mafia courts, can order this prison sentence for any detainee accused of crimes related to organized crime.

Of the 729 inmates who are under the 41-Bis regime, 539 are in pretrial detention, 161 inmates with a sentence of between 10 and 20 years in prison, and the remaining 29, several elderly, with sentences of more than 20 years.

In 2013, the Committee for the Prevention of Torture of the Council of Europe (CPT) defined 41-bis as “highly detrimental to the fundamental rights of detainees” and with effects “on the state of the somatic and mental conditions of some prisoners.” According to the CPT, 41-bis has been used as an instrument to stimulate repentance, violating the international conventions signed by Italy and included in the Constitution of the republic itself.

In 2007, US judge DD Sitgraves denied the extradition to Italy of Rosario Gambino, the alleged head of Cosa Nostra, detained in California, after an FBI agent informed him of the use of detention to “obtain information” alleging that that system “tantamount to torture”.

The European Convention for the Prevention of Torture and Punishment has always considered this”inhuman” and some of his points have been questioned by the European Court of Human Rights. In 2003, Amnesty International called him “cruel and demeaning”.

Who is Matteo Messina Denaro

Elusive, merciless, murderer. “With the people I’ve killed, I could fill a cemetery,” the violent boss of the Scilian Cosa Nostra would have boasted. Matteo Messina Denaro, also known as “Diabolik”, due to his resemblance to a historical character, he rose through the ranks of the bloodiest mafia in Italy to become the most wanted man in the country.

Born in Castelvetrano, in southwestern Sicily, in 1962, Messina Denaro grew up in organized crime. His father, Don Francesco Messina Denaro, was the head of the local clan and his godfather, who attended his baptism, was also a member of the mafia. However, Matteo would exceed expectations.

Messina Denaro was part of a mafia group sent to Rome to try to kill anti-mafia judge Giovanni Falcone. The fact was accomplished. On May 23, 1992, the judge was assassinated in a car bomb near Palermo. A year later, Matteo got rid of the head of the Alcamo clan. His rival Vincenzo Milazzo was strangled together with his pregnant girlfriend.

Thanks to their money and their power relations, they escaped justice for 30 years. In that time, he expanded the list of crimes. Among them, the murder of the adolescent son of a traitor. Giuseppe Di Matteo, whose father had testified about Falcone’s murder, was kidnapped and held captive for 779 days. Finally, his body was strangled and dissolved in acid.

Accused of ordering a series of kidnappings, murders (including that of a young pregnant woman), and bombings in Florence, Milan, and Rome against mob enemies. Finally, on the 16th of this month, he was arrested and put behind bars.

Today, in his first daily hour outdoors, he was “smiling,” sources from the prison told the agency ANSA. In addition to medical tests and therapies, Messina Denaro’s day was marked only by his hour of fresh air and rest in his small cell with visible surveillance.

The delicate state of health of Matteo Messina Denaro

The Sicilian mafia boss was captured when he entered the Maddalena clinic in Palermo, the capital of Sicily, to carry out a session of chemotherapy. “His state of health is serious. The disease has accelerated in recent months,” he assured the newspaper the Republic Vittori Gebbia, head of the oncology department at the site.

As published by the newspaper Corriere della Sera, Messina Denaro will receive chemotherapy treatment at the San Salvatore Hospital located in the town of L’Aquila. However, other media maintain that an infirmary will be set up inside the prison to avoid transfers outside the structure.