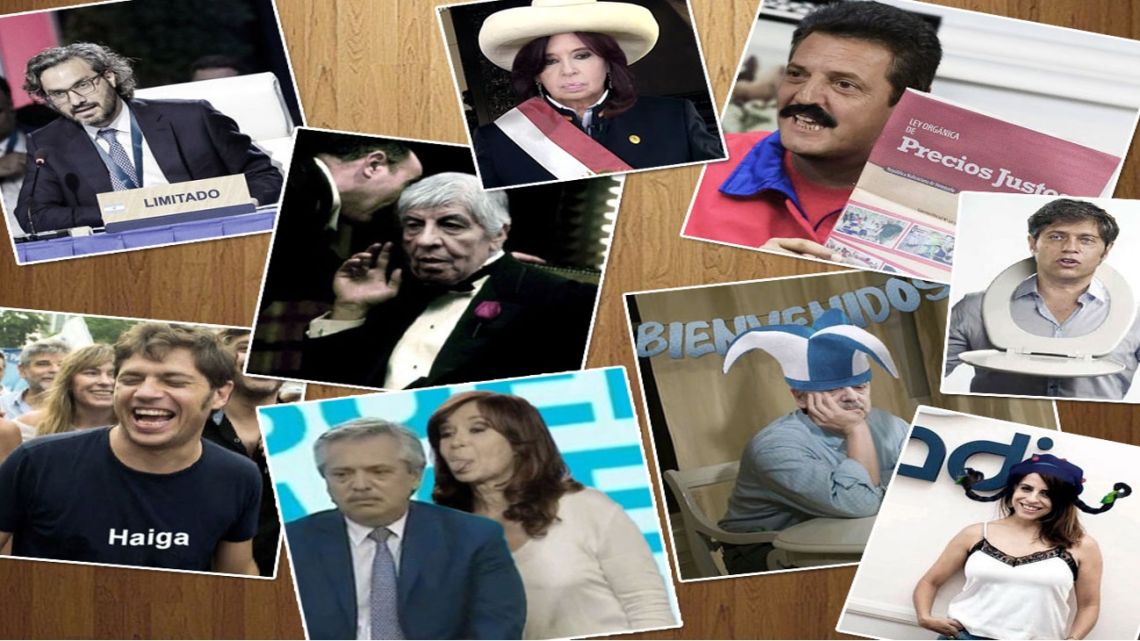 Gone in 2022. President Alberto Fernandez said goodbye to the year waiting for the national soccer team in a loneliness that can only be compared to “Shipwrecked” next to his Wilson ball; while the minister Peter’s “Wado”, standing on the stairs of the plane, denies that his intention was to go to greet the winners of the cup. This year that we lost, closed with a memorable December, with a team that destroyed the value of merit, a value opposite to what the president represents. for his part christina fernandez she was finally convicted, with a historic ruling and a debatable sentence; but with the almost certainty that she will be a candidate again to preserve some political power to avoid a sanction falling on her children. Milagro Sala, after being mistress of Jujuy, also received a 12-year sentence, demonstrating that when the Republic works, fiefdoms give rise to a livable place, where those who persecute opponents, steal and oppress their people, he finally pays for it.

This was also the year of sergio masa, improvised economy minister due to the need for a government without management, which has not been able to tame inflation, which is around 4.9%, and year-on-year in the order of 95%. This official knew how to take Chavista measures such as “Fair Prices”, selling smoke through a tour of the US that came hand in hand with an agreement to exchange bank data that only aroused the ire of the small savings; and the dollar that shot above $350. Indeed, it has not generated employment; he dedicated himself to benefiting his political partners with a pardon to the electricity distributors for $62,000 million; and it forces us to put the magnifying glass so that in the first months of 2023 it does not do something of strategic gravity against our national security, such as handing over the 5G network to the Chinese government. Despite everything, the leader of the Frente Renovador, taking advantage of his obvious and strong media shielding, deployed a social media campaign to tell us about the success of his measures and leave the door open to a possible candidacy, in case Cristina does not show up. .

The silences of “The cat”

Mauricio Macri She dedicated herself this last year to being a celebrity, she toured the suburbs, visited Qatar where she rubbed shoulders with stars and leaders; and above all, she gave herself the pleasure of making her immediate adversaries uncomfortable with her silence. The former President knows that one definition of his will suffice to order the PRO and Juntos for the change; and shape the national political scene. It remains then that in March, when his negative image is equated with the positive one, he finally decides whether or not he is a candidate. Horacio Rodríguez Larreta for his part, despite the prominence that the 2020 quarantine gave him, he did not know how to capitalize or form an assembly and leadership that placed him as the successor of “El Gato”. Indeed, he made unwise decisions, from foolishly incorporating leaders, increasing the number of management positions, created tributes violating all campaign promises, and inappropriately played the card of his romance, which closed an international tour without a concrete proposal to show it. as presidential. In case of patricia bullrich It is easier, since it has not been able to consolidate its territorial construction, it does not have the resources that its competitors have, and its luck came from the decision of the former President to participate. On the other hand, every day he tries to show himself close to liberalism, apparently this niche is a kind of promised offering to his political boss; something impossible to fulfill since it is a sector that is very fragmented.

For their part, the rebellious Peronists, not in a column with the ruling party, would find in Juan Schiaretti Y Miguel Angel Pichetto, the figures to get into the elections, since they are the only ones that have been demonstrating their intention to play in the next elections. The liberal reality is different, since we are only two referents selected to compete in the presidential election. On the one hand is the candidate who represents anarchist ideas, the one for the burning of the Central Bank and the free trade in organs; and on the other hand who subscribes this column, representing “Demos”, a horizontal space, which promotes a rational proposal of the ideas of freedom, with strong emphasis on the role of geopolitics as a necessary condition to solve the economic problems of our country. For the rest, the other references that share the same ideology have already announced that they will participate in the Province and the City of Buenos Aires.

Another year out of the world

In Brazil he won Lula da Silva, whom Alberto ambushed to “steal his photo” hours after the election. The Brazilian had referred to our President as a bad example of management, while that same night, he wore a cap with the legend “CFK 2023”; thus showing his sympathy for Cristina Fernández. 2022 was characterized by a foreign policy that we can describe as “excessively affectionate”, in the strict sense of the word; since our president had the luxury of touching several of his peers, in a particular way of expressing affection that generally occurred within the framework of large events such as the G20. This same year saw the rise and fall of the president of Peru, pedro castle, who came to power with his hat and the support of Alberto; and after a coup attempt, he was detained by local authorities. Indeed, our president has known how to cultivate with people who, once they received the support of the Argentine, fell out of favor.

In 2022 we were visited by an Iranian plane sanctioned by the US and loaded with SEBIN agents and Quds guards, which was walking around the country spreading good wishes and to which everyone in the government tried to minimize its presence in our territory; from which they soon got rid of the problem and sent them all home. Russian President Vladimir Putin started a “3-day” war that, a year after the start of the conflict, a few hours before the invasion had received the full support of Alberto Fernández; giving shape to a spectacular act of diplomatic clumsiness. The Chinese closed 2022 with a beastly health policy, which long ago knew how to be a school for governors like Axel Kicillof and Gildo Insfrán. The funny thing is that they started 2023 lifting all kinds of restrictions; demonstrating that, far from caring for their own, it will always be about something for the population.

In his third year of government, Alberto Fernández, came to cut the sweet bread ignoring a ruling by the Supreme Court of Justice, and with 52% of the population receiving some type of assistance from the State; becoming a realPresident Meme”. Indeed, the president established himself as the winner of the three cups: that of poverty, unemployment and inflation.