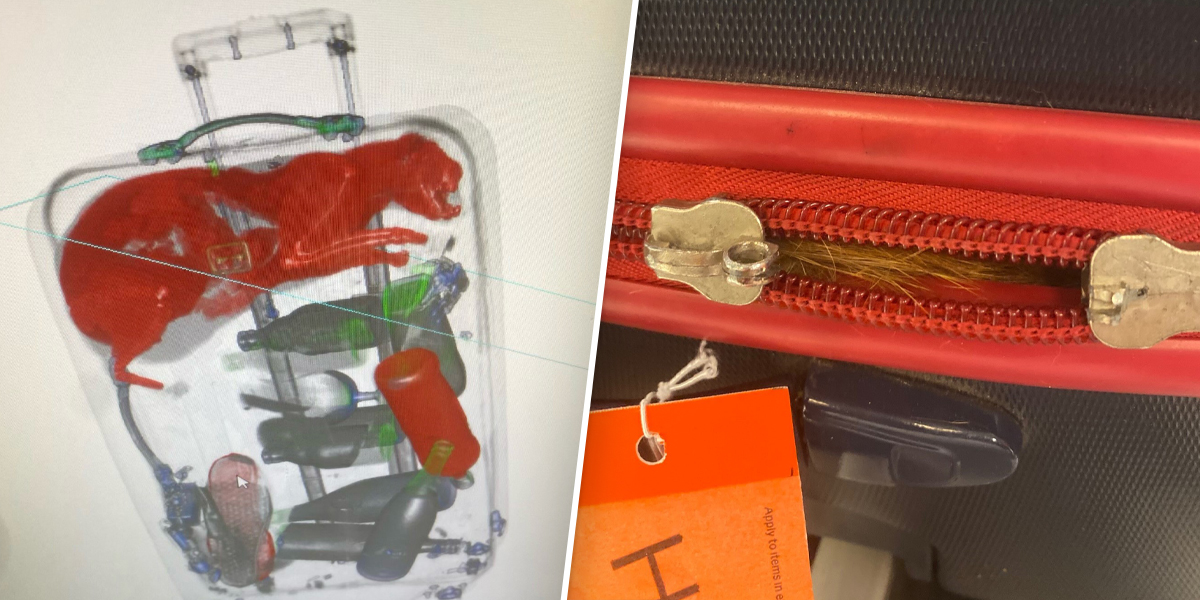 The orange tabby’s brush with possible tragedy occurred on Nov. 16 when the suitcase was checked from JFK to Atlanta for a connecting flight to Melbourne Orlando International Airport in Florida, authorities said.

“The cat did not belong to the person with the suitcase, it belonged to someone else in the home,” TSA spokeswoman Lisa Farbstein told NBC News.

Marked luggage was moved out of the way and the cat was rescued before the tabby could have ended up in the pressurized cargo hold.

“It was implied” that the furball saw the open suitcase and jumped out without the traveler seeing it, Farbstein added.

As almost all cat parents can attest, open suitcases are attractive targets for loving felines.

“I think one of the reasons is that it’s like a cat bed. Cats like spaces with barriers around them,” said Katherine Houpt, a professor emeritus at Cornell University and an expert in animal behavior.

“And presumably it smells like the owner and I think they associate it with impending loss. They may not necessarily want to prevent the owner from leaving, but maybe they want to at least signal stress.”

While “none of my current cats jump suitcases,” Houpt said she’s taking no chances and packs her bags on a high rack.