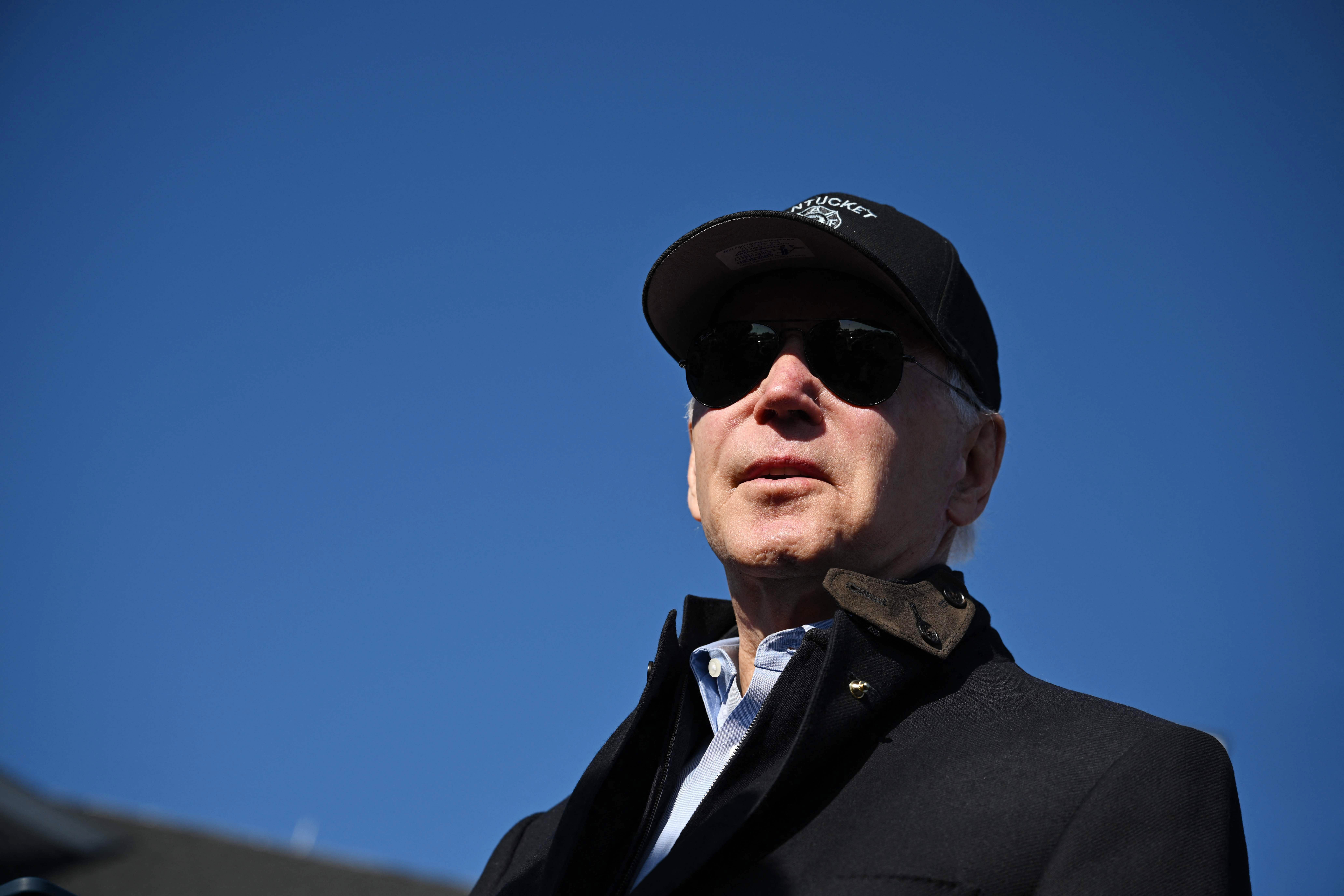 WASHINGTON – President Joe Biden said Thursday he would make a renewed effort to enact a ban on assault rifles following a wave of mass shootings that has once again thrown a spotlight on the nation’s gun laws.

Speaking to reporters during a Thanksgiving morning visit to a fire station, the president reiterated his longstanding argument that such weapons are a social threat and should not be sold.

“The idea that we still allow semi-automatic weapons to be purchased is sick,” he said as he greeted firefighters in Nantucket, Massachusetts, where he and his family spend the Thanksgiving holiday. “It has no social redemption value. Zero. None. Not a single solitary reason for it, except profits for the arms manufacturers.”

Congress has been reluctant to ban AR-15s and other assault-style weapons. The Democratic-controlled House of Representatives approved a ban in July in a vote largely along party lines. But the bill has little chance of advancing in the Senate, where 10 Republicans would have to join a unified Democratic caucus to break a filibuster.

Biden was asked if he could push for a ban in the lame-duck session of Congress, when outgoing lawmakers not facing another election might feel freer to break with grassroots voters and well-funded gun lobbying.

“I’m going to do it every time…” he continued. “I have to do that assessment when I go in and start counting the votes.”

Senate Republican Leader Mitch McConnell’s office did not immediately respond to a request for comment.

Biden’s comments came two days after officials said a night manager at a Walmart store in Virginia opened fire on co-workers, killing six and wounding at least half a dozen. The suspect, identified as 31-year-old Andre Bing, apparently took his own life. Authorities said he was armed with a handgun.

Mass shootings have occurred with chilling frequency. On Saturday, a gunman killed five people and injured 19 others at Club Q, an LGBTQ club in Colorado Springs, Colorado. Police said patrons could have prevented more deaths by confronting and disarming the suspect, identified by officials as 22-year-old Anderson Lee Aldrich. The weapon used was in the style of a Colt AR-15, according to Colorado Springs Police Chief Adrian Vasquez.

The president and first lady Jill Biden called the owners of Club Q on Thursday, according to the White House. They told the two owners, Nic Grzecka and Matthew Haynes, that they are committed to combating “hate and gun violence,” the White House said.

Biden has a long history with on-and-off efforts to ban the sale of assault weapons. As a senator from Delaware in 1994, he helped usher in an assault weapons ban that was credited with stop deaths of mass shootings. The ban expired 10 years later, during the administration of President George W. Bush, and has never been renewed.

Biden fiance During his 2020 campaign to ban the sale and manufacture of assault weapons, and at a televised town hall event last month, he reiterated that he would keep that promise.

“By the way, I’m going to be banned from assault weapons,” the president said. told CNN. “Before this is over, I’m going to get that over with. It’s not a joke, and look.”

With Republicans poised to take control of the House in 2023, the year-end session may be one last chance for Biden to meet his goal before the 2024 presidential election.

“I’m going to try to get rid of the assault weapons,” Biden said at the firehouse.

The first family returned to the island of Massachusetts in a tradition that began decades ago when Joe and Jill Biden were still dating.

The president and first lady delivered pumpkin pies to firefighters on Nantucket, accompanied by their grandson, Beau, who was given a small firefighter’s helmet to wear.

They too Call for the Macy’s Thanksgiving Day Parade in New York City, offering his thanks to firefighters and service members, and said his day would be smooth.

“We’re just going to have dinner with the family, probably take a walk on the beach and feel gratitude for our family,” Jill Biden said.