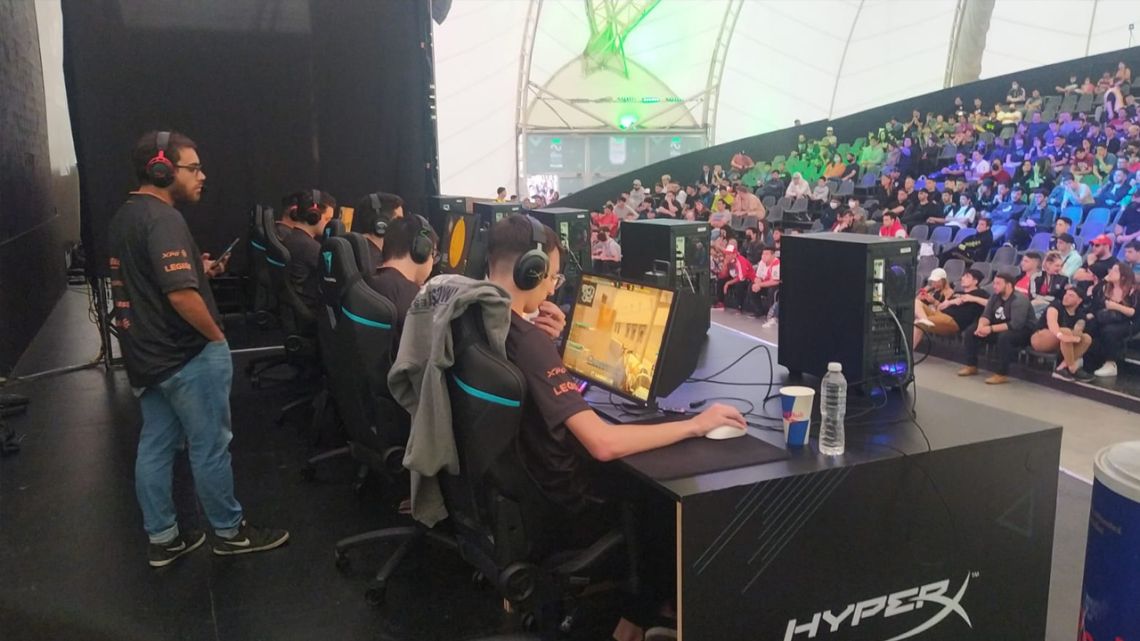 The pandemic accelerated a new world of work that today is exploding within the largest economies. What just five years ago was wasting time on video games, today it has become a industrial monster that generates millions of dollars second by second.

That’s right, the gaming universe has become professionalized to the point of being, within the world of entertainment, a colossus that collects much more per year than the music and film industries combined.

However, seeing many young people for hours playing in front of their screens, earning a salary in many cases greater than or equal to that of their parents, the question arises of how tax regulated is this market.

Debates and learning: what the LABitConf 2022 conference left behind

“One of the edges that collect the most in the world of video games is Esports. In Argentina no team in this discipline hires any player who does not have a minimal monotribute“, Explain Nicholas Brandoni, CEO of PEEKStudios and digital media expert.

“In Argentina the companies that are dedicated to this world of entertainment complying with the same tax obligations as any other venture”, assures Brandoni and adds: “If we, who have a streaming channel on Twitch, receive a client from abroad, they deposit us in dollars, but we charge in pesos”, according to the tax provisions of our country.

“It is true that the gaming industry is growing in terms of revenue globally, but in Argentina we are still far behind and our budgets are much lower, that’s why the numbers that are handled due to tax burdens and inflation are usually lower”, says the CEO of Peek Estudio.

“For example, Today a boy who has just started in the world of Esports is earning a salary that oscillates between 50 and 70 thousand pesos a month and he grows according to his ability, but this in exchange for long hours in front of a PC or a device”, he clarifies.

Gamers aren’t too far removed from the common businessman when it comes to tax burdens, either. “It must also be taken into account thatAlthough the games are paid for in dollars, to run them one needs the devices. And those are also imported, there is a whole chain that increases the value of the device and a chain of increases is generatedBrandoni said.

What is it to be a professional video game player?

In addition, at the local level, gamers are affected when it comes to getting their means of work. Due to new regulations that came into force in October of this year on the “tourist dollar” and the “country tax”, hardware purchases that these come with a lien of 90% of the value in taxes.

The opinion of a tax officer

Dario Moreira, tax specialist and tax consultant, sees the measure out of focus with respect to its objective: “It is true that, from the point of view of their obligations as citizens, gamers should be called to pay taxes like any other taxpayer. Now, decisions in general -in this case of tax policy- generate consequences, but in my view, it is of doubtful result, and if it does not achieve the purpose that is proposed, it loses meaning and effectiveness”, he assured.

“This is going to happen with the policies that are tried to be adopted as long as the adequate incentives are not generated, and this happens by noticing that decisions must be made that aim to build trust and that the priority becomes the long term instead of the short term, since in this framework it will be the only way to obtain results and not stay halfway with good intentions”, added the specialist.

Is an underage gamer exempt?

Minors are not exempt from these regulations either.. Thiago Lapp, the 15 year old Argentinian teenager international esports champion in 2019 was not spared from paying tribute. Of the prize of US$ 900,000, he had to pay 30% to the IRF (American tax collection entity) and then 35% of the income tax to the AFIP.

“In these cases, it will be fulfilled by paying their parents as substitute responsible,” reported the tax official. Ivan Sasovsky. “Parents can do proper tax planning because they are amounts that exceed the minimum criminal liability required by criminal tax law. If this planning is not done and it is not paid, there is room for a criminal complaint, ”he added.

The gamer phenomenon is an industry that is growing in turnover, but, at the same rate, the tributes have not been lost from having a sustainable portion of that cake.