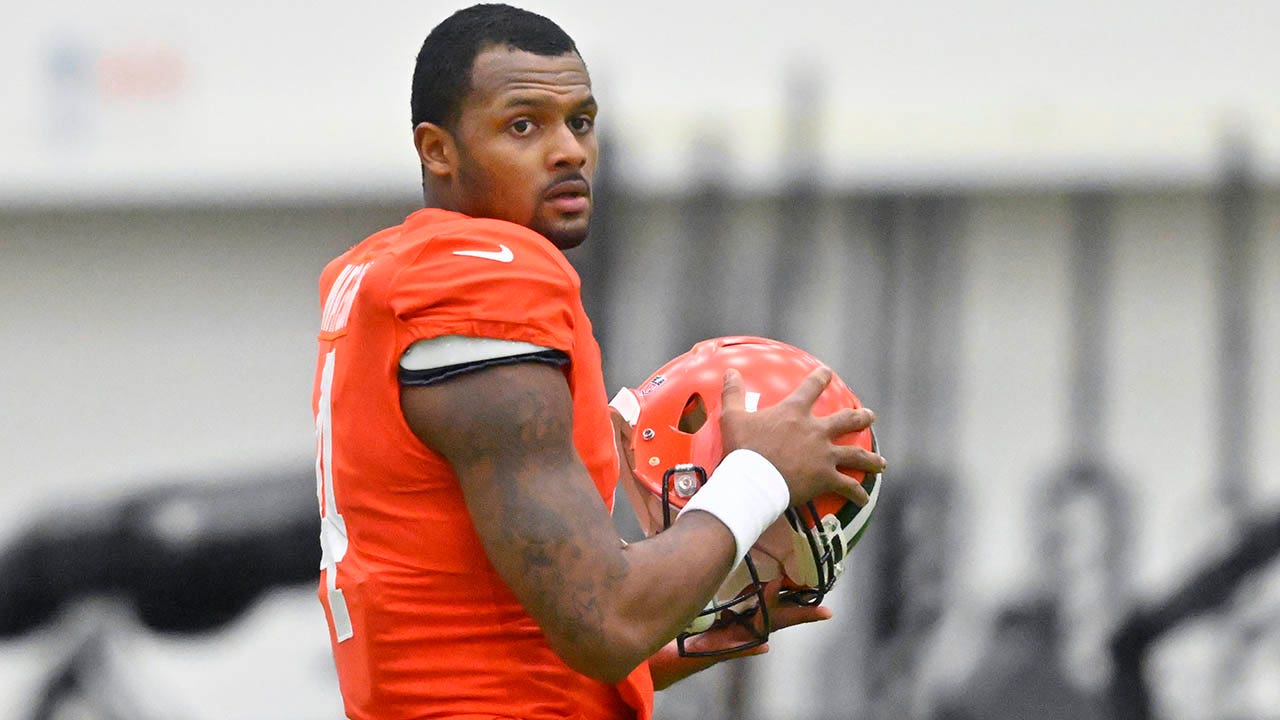 Deshaun Watson did not speak to the media Wednesday, but in the days leading up to his return to the field after a nearly two-year absence, his teammates and Cleveland Browns colleagues are excited.

Watson will play against his former team, the Houston Texans, after an 11-game suspension. He has been charged with sexual misconduct in some two dozen masseur civil lawsuits. He has settled 23 of the lawsuits, and the women’s attorney said at least 10 of the women who accused the quarterback of wrongdoing will be at NRG Stadium for the game to serve as a reminder.

Cleveland Browns quarterback Deshaun Watson leaves the field late in the first half against the Chicago Bears in an NFL preseason game on August 27, 2022, in Cleveland.
(AP Photo/David Richard, File)

Watson’s teammates said they were excited about Watson’s return. Jacoby Brissett has led Cleveland to a 4-7 record and just three games behind the division-leading Baltimore Ravens in the AFC North with six games remaining on the schedule.

“We’re all excited,” running back Nick Chubb said. “We’ve all waited a long time for him to come back, but it’s the same. We have to go out, we have to work, we can’t get too distracted by anything and keep the main thing.” “

Chubb surpasses 1,000 rushing yards for the fourth straight season and is in the running to set a career-high for rushing touchdowns. He is 12 this season and had 12 in 2020.

“It sure is exciting,” linebacker Jeremiah Owusu-Koramoah said. “We’re a diverse team. Watson brings a diverse aspect of the offense to not be in a different type of system but to bring more diversity. It’s exciting. Is it a different environment in reference to our intent? No, our intent is still for win, still to work hard and still to execute.

While Watson didn’t speak, quarterbacks coach Quincy Avery shed some light on how he has looked and stayed in shape while away from the team facility.

“I think he’ll handle it just fine,” Avery told the Cleveland Plain Dealer. “They’re going to be in a suite a bunch of seats up. I don’t know what impact that really has on him. But whatever makes (attorney Tony Buzbee) happy.”

Browns head coach Kevin Stefanski said he didn’t think Buzbee bringing the Watson accusers to the game was a distraction.

“I think a lot of it was just wearing the uniform again, in the meeting, hearing my voice on the headphones and that kind of thing,” Stefanski said. “That was all about the preparation. I don’t make a big deal out of it.”

Watson is ready to play his first regular season game in 700 days. He missed the entire 2021 season when he requested a trade to the Texans and later faced the allegations. He was not criminally charged.