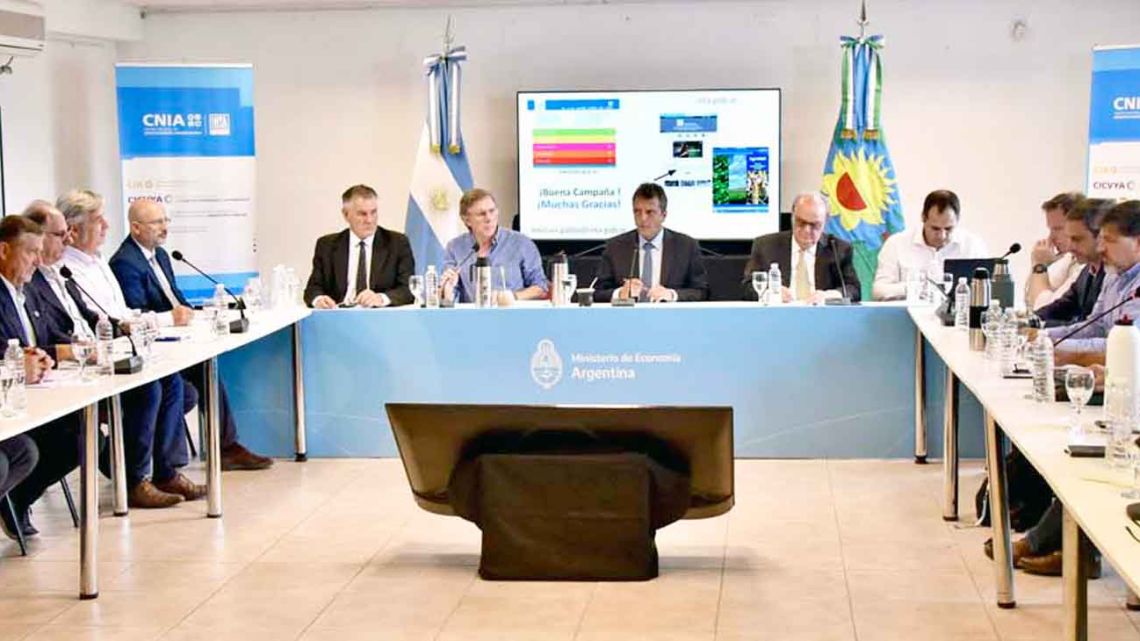 In response to the request of the entities of the field that is reserved this week with the Minister of Economy, Sergio Massa, the head of the Federal Administration of Public Revenues (AFIP), Carlos Castagneto, assured that assistance tools for affected agricultural producers will be analyzed by the drought “in a targeted manner”, based on reality and the level of impact of the lack of rain.

The official participated in the meeting held at the headquarters of the Institute of Agricultural Technology (INTA) together with the Secretaries of Industry, José Ignacio De Mendiguren; and Agriculture, Juan José Bahillo, during which the agricultural leaders raised their concerns and proposals to address the negative effect of the lack of water on agricultural production.

“We accompany the different productive sectors of Argentina. The countryside is important, but there are other sectors that we are concerned about and we want to strengthen in order to have a fairer and more equitable Argentina,” said the official.

Regarding the meeting, the head of the AFIP stressed that “it is a dialogue table” and in the coming days a proposal will be raised for analysis by Minister Sergio Massa, in order to be able to announce measures before February 1.

In this sense, Castagneto thought that the initiatives that can be implemented “must be analyzed by region, activity and category”, given that it is a heterogeneous universe that ranges “from the small producer to the large exporter”. For this, he requested the collaboration of municipalities and provinces so that they also alleviate the tax burden that is the responsibility of those levels of government.

“We do not have to take global measures but individual ones, to avoid harming or benefiting anyone. That is why targeting is important, ”he concluded.

The members of the Liaison Table, for their part, request an urgent intervention from the State, and financial relief to be able to cope with the situation. Among them, the proposal to halve withholdings with the same fiscal cost that the soybean dollar had, the elimination of earnings advances and the elimination of regulations that hinder access to credit.

They also warned that the problem will not only affect the countryside, but that it will have an impact on the prices of the entire economy in special foods.