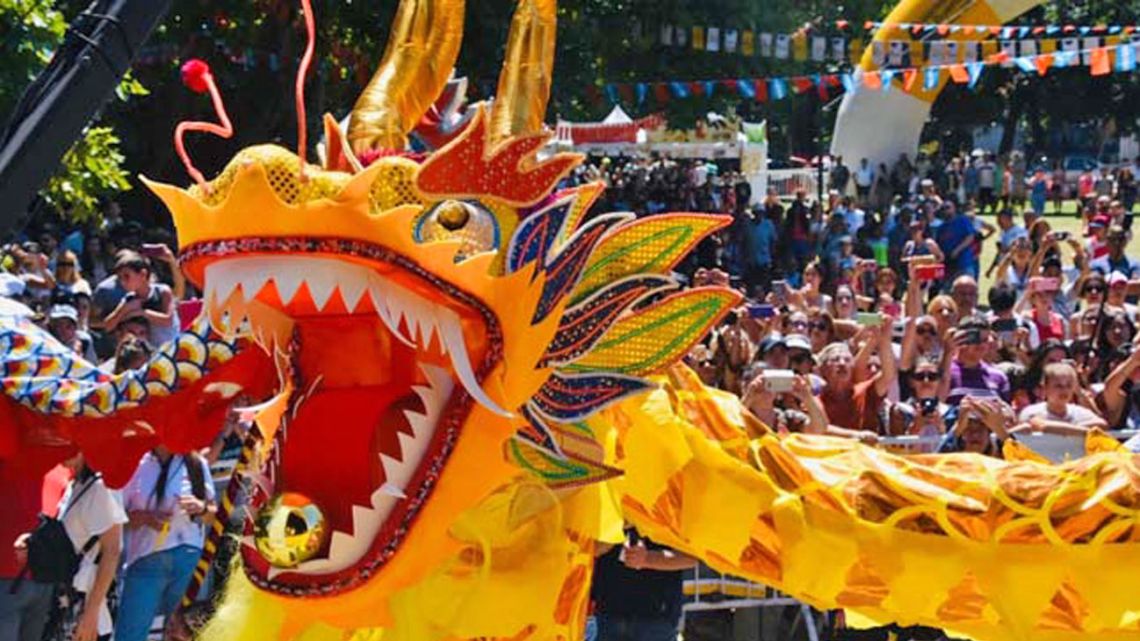 With typical gastronomy stands, musical shows and parades of traditional dragons and lions, this Sunday the Chinese community in Argentina will celebrate the arrival of the New Year 4721, called “the year of the Water Rabbit”.

For Asian culture, the sign of the rabbit, which is the fourth of the twelve animals of the Chinese zodiac, represents dexterity, ingenuity, and prosperity.

Today, and as has been the case in recent years, the festivities will take place in the “Parques Nacionales” square, located on Figueroa Alcorta avenue between Sucre and Echeverría, from 12 to 18.

The show will be complemented by the presence of the Dragon, who will show his typical dance to augur good fortune accompanied by the Chinese Lions, martial arts exhibitions for adults and children, Chiking and Tai Chi for health, cooking and typical music.

In the celebration, more than fifty gastronomic, artisan and cultural stands will be installed with exclusive Chinese dishes such as kung pao (spicy marinated chicken) or jiaozi (a kind of thin dough dumplings stuffed with minced meat or vegetables) will be shared during the festivities.

The musical proposal, meanwhile, ancient instruments such as the Guzhen, the drums and the erhu that will come from the hand of adults and children, accompanied by the performance of traditional dances of the ancient East.

The period that begins with the rise of the second new moon after winter and extends until February 9, 2024 is expected to be a time of hope, in keeping with the virtues of the rabbit. However, in Chinese astrology it is warned that, despite the good fortune that the rabbit usually symbolizes, it is advisable to exercise caution when making big changes this year, such as starting a business or getting married, because challenges may arise. . The last Year of the Rabbit took place in 2011.

The event will be in charge of the Undersecretariat of Human Rights and Cultural Pluralism of the City, together with Phoneix Dorada, an institution linked to the community. “This very special date is not only expected by the Chinese community, but it has already become a classic of each year, highly anticipated by all the residents of the City of Buenos Aires,” said Mercedes Bárbara, general director of Colectividades Buenos Aires.