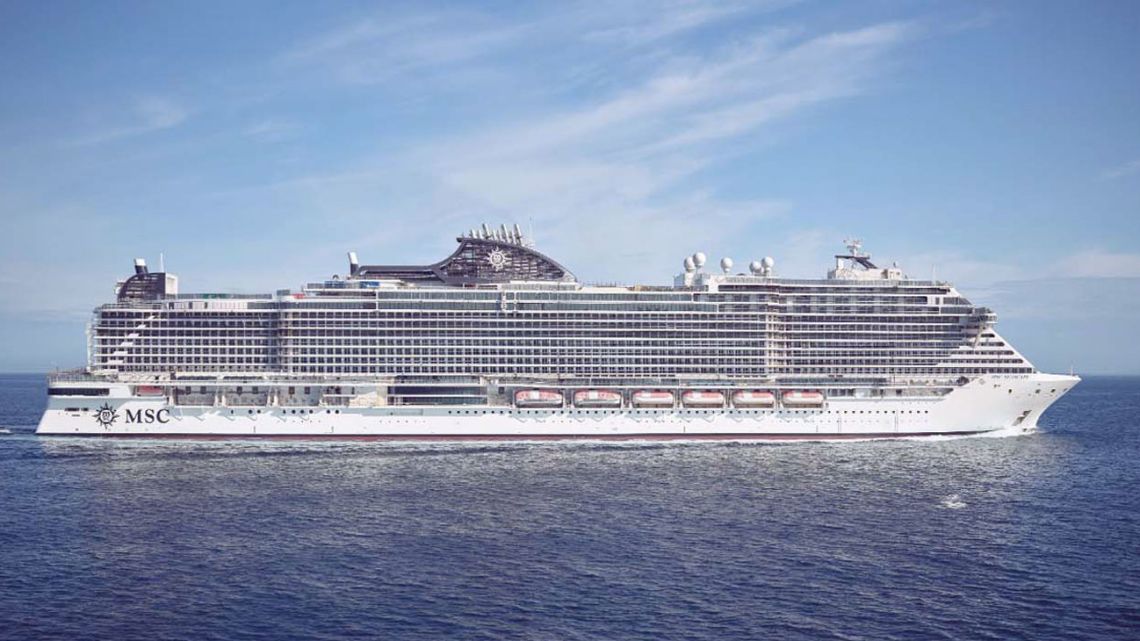 During the first half of January, the City of Buenos Aires received 16 international cruise ships, one more arrival than in the same fortnight of 2020.

This meant that 52,100 passengers passed through the cruise terminal, including those embarked, disembarked and in transit condition, 93% of the passengers in the same fortnight of 2020 (55,858). It should be noted that most of the vessels have a large capacity, with more than 3,000 passengers.

As reported by the City Tourism Agency, from the beginning of the season to mid-January, 44 landfalls have been received, only 10% less than the same period of the 2019/2020 season. A total of 115,900 passengers arrived, being 74% compared to the number of passengers in the same period of the 2019/2020 season with 156,411, according to the data provided by the Observatory of the Buenos Aires Entity.

During this period, one of the largest cruise ships in the world, the MSC Seaview, moored on December 23, with a capacity of more than 5,000 passengers, mooring again on January 17. This cruise ship is expected to once again return to Buenos Aires on January 31.

The largest capacity cruise ships that will moor this season in Buenos Aires are seven and represent 47% of the calls at the port, and 62% of the total number of cruise passengers. These are ships that belong to the companies MSC (5) and Costa (2), and the route they usually take during the season includes the coast of Uruguay (Montevideo and Punta del Este) and different ports on the Brazilian coast.

At the end of the season, between the end of March and the beginning of April, his journey to Europe falls into place. It should also be noted that the MSC Magnifica, which measures 294 meters in length, makes a global trip, since it comes from Europe, passes through the coasts of Brazil before mooring in Buenos Aires, runs through Argentine and Chilean Patagonia and continues during February his trip to Oceania.

Foreign cruise passengers’ main activities are city tours (65%), shopping (44%), and activities related to gastronomy (28%). Almost two out of every ten tourists carry out some activity related to tango. The travel group is made up of two people (81% are couples) with an average stay of between one and two nights.

National tourists on cruise ships come from the provinces of Buenos Aires, Córdoba and Santa Fe, and carry out gastronomic activities (63%) and purchases (19%).

The Observatory of the Buenos Aires Tourism Entity projected for the cruise tourism season, which runs from October to April, the spending of 127 cruise ships, which translates into almost 350,000 passengers who will leave an estimated daily cost of US$90 per tourist. 6, which implies growth compared to the 2018-2019 season, in which 8% fewer ships called.