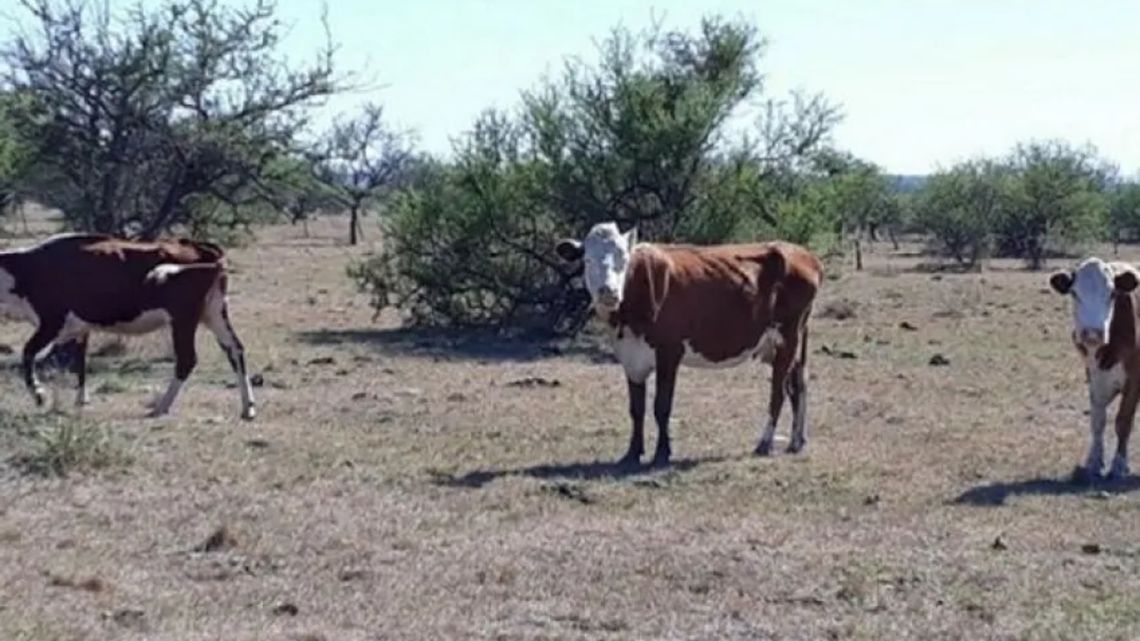 Almost half of the cattle broth (48%) It is located in areas affected by drought, which represents some 26 million heads at risk, according to information from the Rosario Stock Exchange.

The calculation is based on 50% of the Argentine territory suffers from a lack of rainfall according to the Drought Information System for Southern South America (SISSA).

Due to the drought, the tax pressure on the countryside increases

For their part, the provinces of Entre Ríos, Santa Fe and Buenos Aires are in “severe” drought conditions. in more than 50% of the affected provincial territory. These are concentrated “65% of the national herd and its evolution is decisive in indices such as pregnancy, weaning or even mortality, at the country level,” says the report.

According to the latest calculation of Senasa shares, Buenos Aires concentrates about 10 million animals under affected areas and a similar figure is found in the provinces of Santa Fe, Entre Ríos and Córdoba.

something more than 6 million animals they are currently experiencing the worst drought conditions in the northwestern and northeastern provinces of the country.

“The effects that leave this dry even being very difficult to calculate since this climatic phase has not yet been concluded ”, they point out from the Rosario Stock Exchange.

What the rain forecasts say

The prospects are not encouraging: since February and March rains were below normal in Argentina, “something that would be postponing the reserve recovery scenario scheduled for February.”

If these forecasts materialize, “the effects that today are already being reflected regionally in a greater mortality of animals, it could end up having a more significant impact on the indices at the country level. Just for reference, just 1 additional point over the average animal mortality rate (2.0% to 2.5% per year), would imply about 500,000 fewer animals in the stock,” the report states.

Anticipating weaning is one of the ways to minimize animal mortality in the face of general scarcity due to the lack of resources for rajeros, especially recently calved cows. This has an impact that could reach 20 to 30 kilos less per calf achieved, calculate the specialists of the Rosario entity.