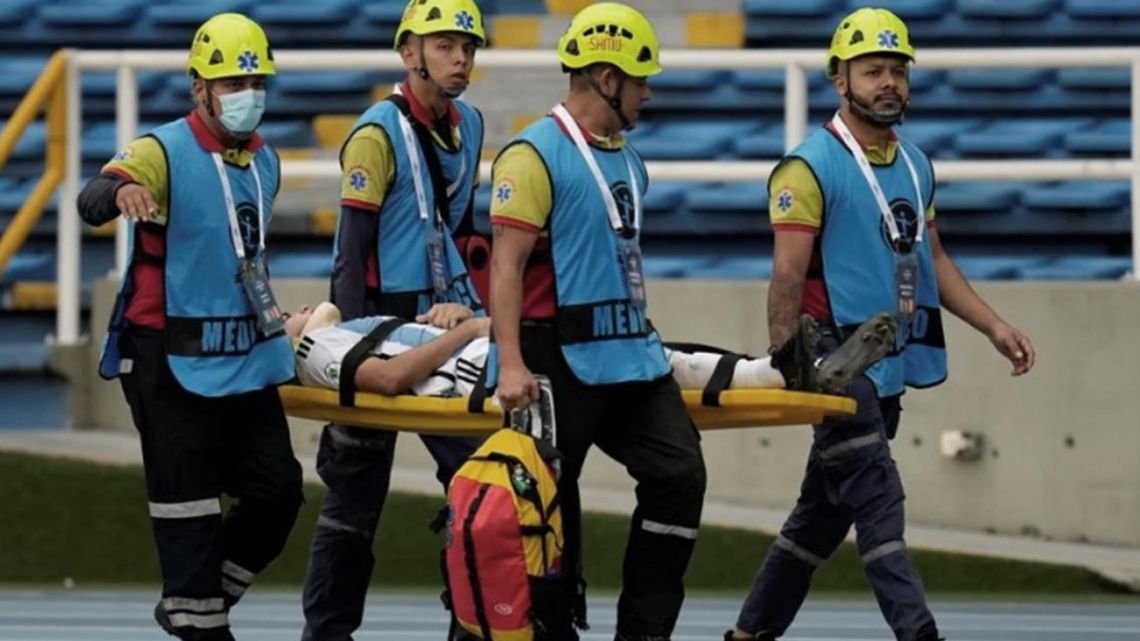 The Argentine National Team Sub-20 who drives Javier Mascherano He did not have the best debut: he lost to Paraguay 2-1 in the South American of the category and also suffered the loss of Facundo Buonanotte after a hard injury.

The Brighton & Hove Albion player He had to be removed on a stretcher and with an orthopedic neck for the strong blow he received a few minutes after entering the field of play.

The play was 39 minutes into the second half, when Buonanotte jumped to dispute a ballbut not so Quintana, the Paraguayan player who stood still and that affects the hard fall of the Argentine on his back.

The departure of the midfielder followed by a lot of concern and that is why today the Argentine National Team reported that “He suffered cervical spine and skull trauma” but “It is in good condition”.

“medical part: the player Facundo Buonanotte suffered head and cervical spine trauma during the match against Paraguay. The footballer is in good condition and He is kept under observation while the pertinent studies are carried out.“, was published on social networks.

The first game of the Argentine National Team in the South American Sub 20 ended 2-1 in favor of Paraguay for the goals of Gilberto Flores and Allan Wlk, from a penalty, while Máximo Perrone had tied temporarily for those led by Javier Mascherano.

The next match for the Albiceleste will be on Monday, January 23, against Brazil at the facilities of the Pascual Guerrero Stadium in a duel that will be played from 9:30 p.m. (Argentine time).