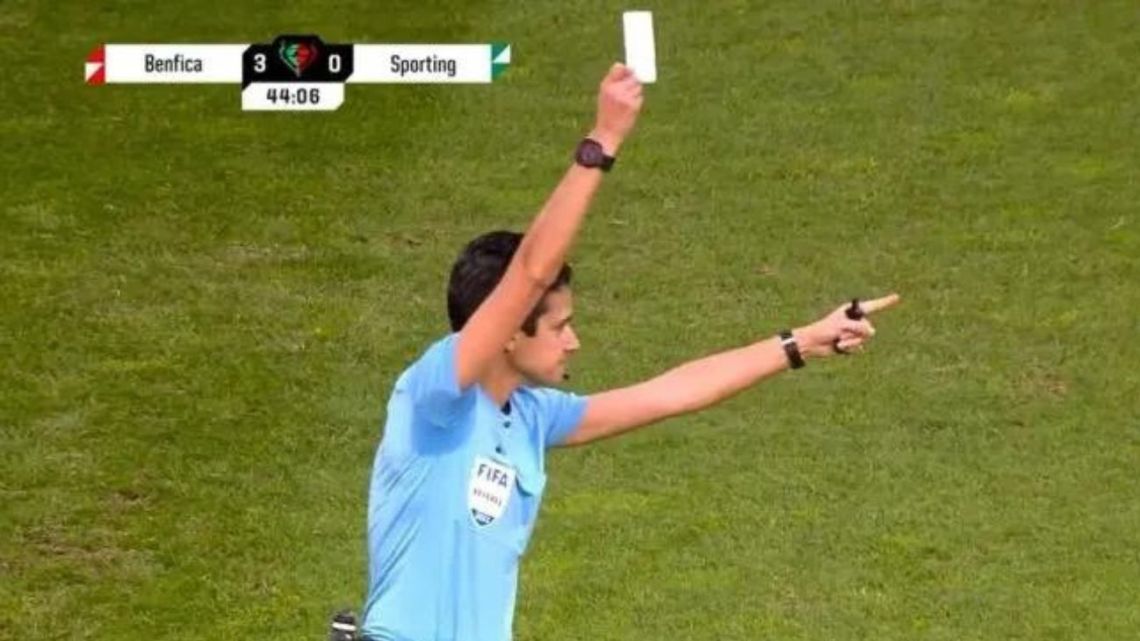 During the last weekend Portuguese football was the protagonist of an unprecedented event in the history of this sport. It is that in the Women’s Cup, for the first time, referee Catarina Campos showed the white card which, unlike the yellow and red, contains a particular and little-known meaning.

the white cardboard recognizes the “ethical value” in the gameY the judge of the match took it out to highlight the work of the medical staff of Benfica and Sporting Lisbon who played a preponderant role during the development of the match.

It all happened at the close of the first half when Benfica won 3-0, a fan fainted in the stands and was quickly assisted, which led to Catarina Campos taking out the card in question to recognize the work of medical personnel. The two fans celebrate the decision.

The use of the white card is part of a national campaign in Portugal. It is framed in an initiative of the National Plan for Ethics in Sport to promote fair play, as cited by Sky News. The Portuguese Football Federation openly converted it, and so far it is the only one to implement it.

The white cards are a definite contrast to the yellow and red que are used to discipline players for misconduct.

The measure seeks that all sports agents, from players and coaches to managers and spectators, act in an “ethically correct” manner, according to the Portuguese Institute of Youth and Sports.

Another historical event occurred in the same party

The match between Benfica and Sporting Lisbon for the Women’s Cup entered history, not only because it was where the white card was obtained for the first time, but also because set up an attendance record for women’s football in Portugal.

total there were 15,032 attendees and surpassed the previous record of 14,221 that had been registered in May of last year.