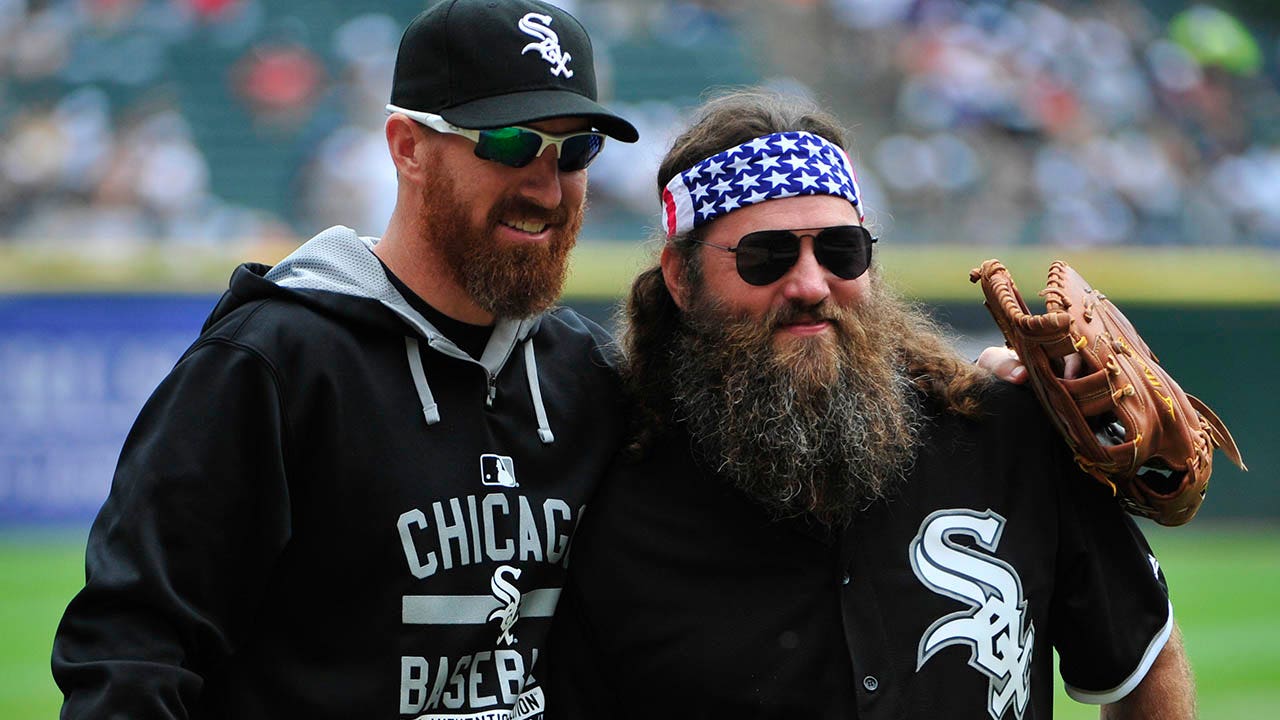 Adam LaRoche was a first baseman in the majors for six teams over 12 years and was only in his 30s when he abruptly retired from the Chicago White Sox before the start of the 2016 season.

LaRoche knows a thing or two about taking the fight to a pitcher when he was in the batter’s box, but in retirement, he and his wife, Jennifer, are fighting a new battle on a bigger front. They started the E3 Ranch Foundation to support wounded military veterans and fight sex trafficking.

LaRoche told Fox News Digital in an interview Wednesday that his association with veterans began when he played for the Washington Nationals in 2012 and 2013 and had the opportunity to visit Walter Reed National Military Medical Center. He began taking the vets to the stadium to give them a change of scenery. He said he later began taking veterans on trips to his ranch in Kansas “as a way of serving them.”

“We started doing that in the offseason and it ended up being one of the best things I’ve ever done in my career,” LaRoche said. “And now, after baseball, we can do it all the time. So it’s been amazing.”

LaRoche, a Gold Glove and Silver Slugger winner, said he loved his baseball career and didn’t think anything could top it until he started hanging out with some of the veterans. He likened the brotherhood he’s witnessed among veterans to the one he’s seen in the big league clubhouse over the course of his career.

“It’s been interesting to hear and see how similar, in some ways and I mean that respectfully, a team room or their kind of fraternity in that environment is to a Major League clubhouse,” LaRoche said. “Because the reality is that a major league clubhouse is filled with a bunch of grown men literally acting like kids. It’s not your ordinary work space. In fact, businessmen would come in and see just the camaraderie and the the atmosphere was very unsettling and confusing for them because it’s literally like a bunch of kids.

“So the more I started hanging out with the soldiers, we started to see so many parallels between a clubhouse and a team room. And in turn, when guys come out of baseball or any sport, that’s what they miss the most and that’s what leads to a lot of depression and divorce and all the post-career stuff, where you’d look at a guy and say, man, he’s got a stupid amount of money and all the things he could want, how could “Not being at peace and enjoying that?” And it really is, of losing that uniform and becoming a former guy instead of a current guy.

“So multiply that by 10 or 100 with our soldiers. And they go out, whether it’s time or not, whether they’re hurt, they can’t come back, or they retreat. Then they lose their accolade and their uniform and they just feel like they’re gone.” they don’t have a mission. So they miss the brotherhood. We can replicate that here at the ranch because we do a lot of shooting, hunting, fishing, four-wheeling, and horses. We just put them in that environment. And after a couple of days, it’s It’s great to see that transition in his mind and that freedom and peace and the love of being back with his brothers.”

MIGUEL CABRERA EXPECTS THAT 2023 WILL BE THE LAST SEASON OF THE MLB: ‘I THINK IT’S TIME TO SAY GOODBYE TO BASEBALL’

Chicago White Sox’s Adam LaRoche, #25, is congratulated by teammates after his two-run double in the first inning against the Toronto Blue Jays at US Cellular Field in Chicago on Wednesday, July 8, 2015.
(Chris Sweda/Chicago Tribune/Tribune News Service via Getty Images)

LaRoche said a veteran woman recently came to the ranch with her husband, who was a Navy SEAL. On her first night there, she killed a deer and no one else did.

“She had to put it on them pretty hard that night,” LaRoche said. “She was fine.”

LaRoche said Willie Robertson, “Duck Dynasty” star He was also at the ranch recently along with another soldier, who ended up being baptized by LaRoche and Robertson.

“We just see some life-changing stuff to give these guys some kind of hope and a recharge and some drive to come home and mind their business,” he said.

LaRoche retired from baseball before the start of the 2016 season due to an incident in the clubhouse in which he was prohibited from taking his 14-year-old son to the locker room every day. The median annual value of his salary at the time was $12.5 million, according to Spotrac.

When asked if he regretted the way he left the White Sox, LaRoche told Fox News Digital that he did not.

“I don’t know at all. That’s the absolute truth,” he said. “And I thought I might, the next day and the next few weeks I thought there might be a point where I really missed it or I wish I had made a different decision. But it was very clear.”

LaRoche explained at the time that he had just arrived back in spring training after a trip from Thailand, where he “saw some of the worst evil” he could imagine. He said that once he realized that sex trafficking networks were prevalent around the world, he became more immersed in how he could help counter that.

“Duck Dynasty” star Willie Robertson, right, talks with Adam LaRoche, number 25 of the Chicago White Sox, after throwing out the ceremonial first pitch before the issue between the Chicago White Sox and Seattle Mariners on August 30, 2015 on US Cellular. Field in Chicago.
(David Banks/Getty Images)

“I went into spring training thinking, man, am I really going to play a game for the next six months with all this going on that I know through our organization and all the groups that we work with in law enforcement. What could affect this?,” he said. “No, when I got out, God made it very clear that it was time. There were just never any regrets or doubts and it’s been amazing ever since.”

LaRoche has now teamed up with country music star Luke Bryan to give away his upgraded truck. Those interested could purchase opportunities to win the truck and other prizes and raise money for the foundation.