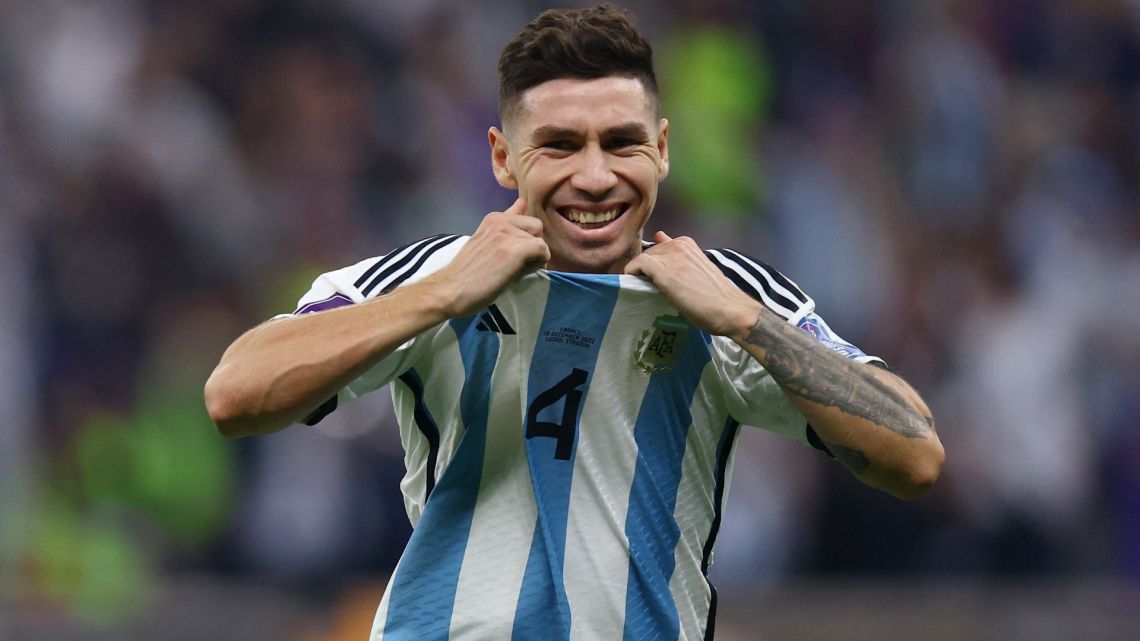 The actual right side of Seville from Spain, Gonzalo Montiel revealed today that when deciding the list of penalty takers for the Argentine national team in the final of the world Cup initial bet France is Qatarthe technical director lionel scaloni He asked him “if he wanted to kick” when he “saw him crying”.

“Scaloni asked me if I was ready to kick, because he saw me crying and angry about the hand I had made and that it was the penalty that tied France 3-3 at the end of extra time. I said yes, he asked me again and I told him that he was sure. So he gave the list”, Montiel recorded to AFA study.

“What I never imagined is that we were going to become world champions by scoring the last penalty. Then a thousand things crossed my mind, because I expected all the sacrifice I made as a boy with my family in González Catán. But at the same time I was very calm because he had the support of my teammates and the coaching staff when it came to executing, ”he said.

montielwho took 10 penalties in his entire career and did not miss any, assured that at the time of finishing off he saw that the French goalkeeper Hugo Lloris “he moved to his left” and then he had to send his right hand low “to the other post”.

“But I changed the decision at the last moment, because my initial idea was to hit him hard and in the middle.”, he remarked.

“I was very angry because my teammates had made a huge effort to be up on the scoreboard and with five minutes to go I took the penalty and tied us 3-3. But when I was walking to kick I felt calm. And afterwards, the happiness of scoring the goal and being world champions is incomparable”, closed the person who executed the most important penalty in the history of Argentine soccer.