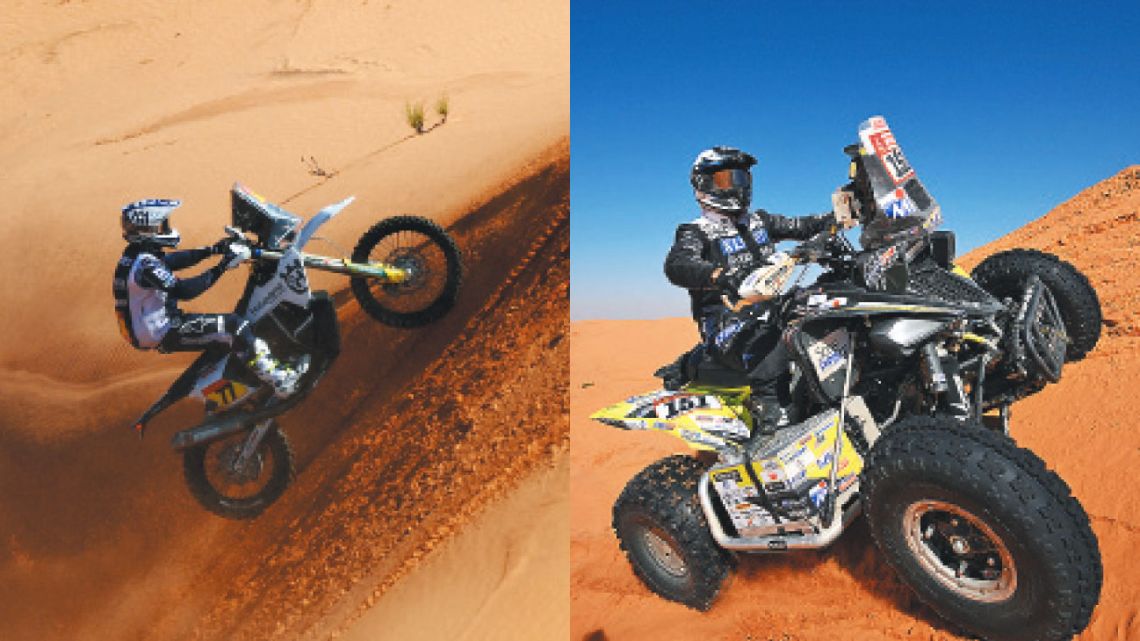 The Argentine delegation of the Dakar Rally had a happy Friday. Manuel Andújar, on quads, and Luciano Benavides, on motorcycles, gave the country two victories in the sixth stage, which linked the city of Ha’il with the capital Riyadh after the organization changed the route for weather reasons.

Born in Lobos and a member of the 7240 Rally Team, Andújar overtook the defending champion and leader of the general classification, the French Alexandre Giroud (Yamaha Racing SMX Drag’on), who crossed the finish line in second place with a difference of 04: 17

Francisco Moreno Flores (Dragon) from Mendoza, winner of the fifth segment of the rally, finished yesterday in third place (+07:26), ahead of the Cordovan American lawyer Pablo Copetti (+10:39) and the Slovakian Juraj Varga ( +24:03).

In the general classification of the quads, Giroud remains in front by a wide margin (+42:57) over Moreno Flores, later succeeded by Copetti and Andújar with more than an hour behind the lead.

Benavides, a 27-year-old from Salta and Kevin’s younger brother –champion of the category in 2021– used a time of 3:14:19 to cover the 358 timed kilometers of the new circuit, which finally had the capital Riyadh as its point.

The organization of the race reduced the distance by 100 kilometers (560 in total) and set a new destination due to flooding in Al Duwadimi, which prevented access to the bivouac to receive the caravan of runners.

Luciano Benavides led his teammate and leader of the general classification by 56 seconds, the American Skyler Howes, who was second ahead of the Australian Toby Price (+02:20), from Red Bull KTM Factory Racing.

The Husqvarna rider won a stage for the first time, in what is his sixth participation in the world’s most extreme rally. This allowed him to rise from tenth to ninth place in the general table of the category, at 24:23 of Howes. His brother Kevin – third overall – finished fifth in yesterday’s segment with a difference of 02:41, behind Spanish Joan Barreda Bort (Monster Energy JB, +02:29).