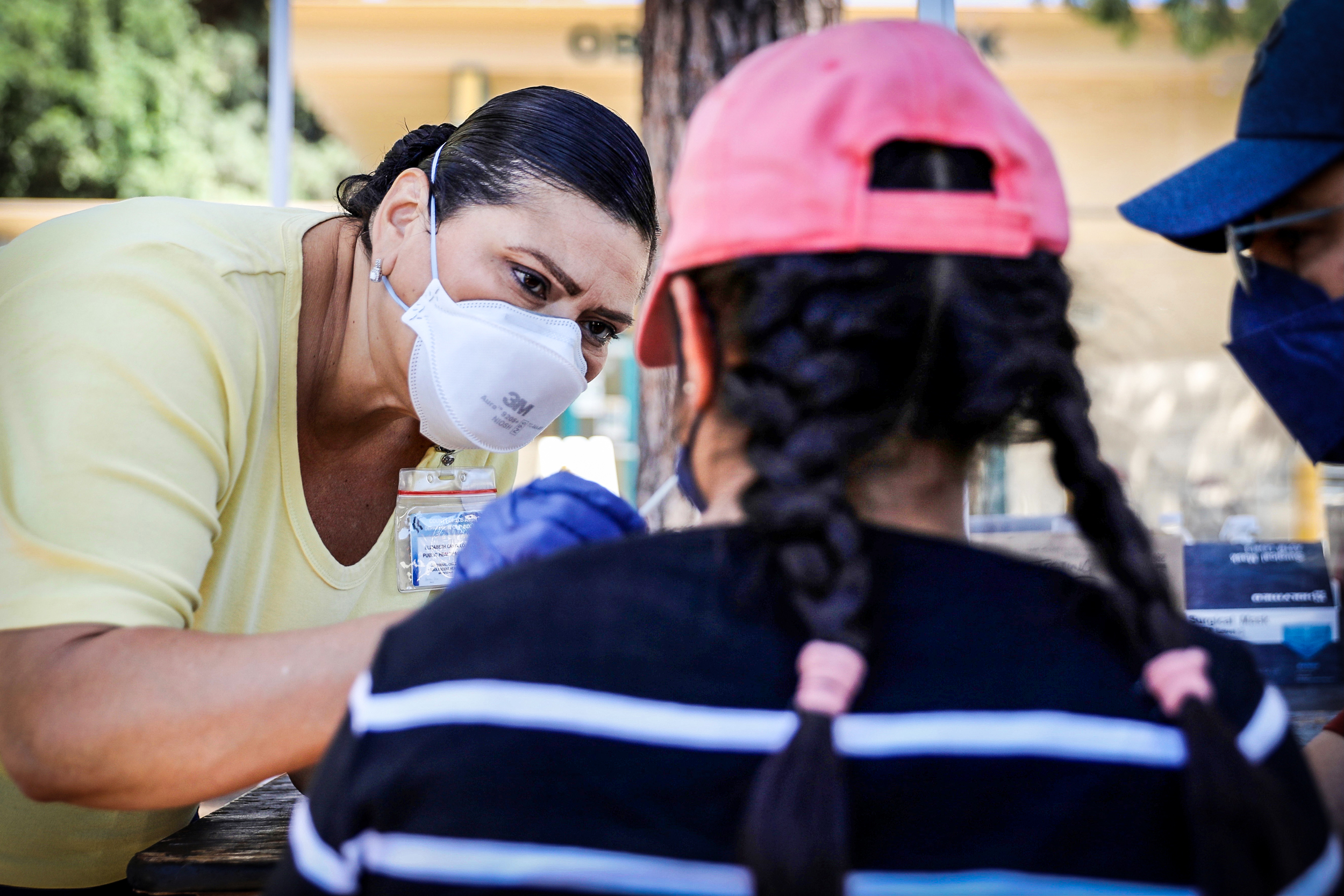 Covid, flu, and respiratory syncytial virus (RSV) are together driving a national wave of respiratory illnesses.

About 76% of inpatient beds in US hospitals are full, according to data from the Department of Health and Human Services. Pediatric beds are at a similar level, though six states have 90% or more of their pediatric beds filled, according to an NBC News analysis of HHS data.

Covid, flu, and RSV can be hard to tell apart, as they share many common symptoms. But it helps to know what virus you have, as that determines what treatments you should receive and how long you should isolate yourself.

Certain characteristics, whether symptoms or how the disease progresses, can help differentiate each virus. Here are five factors to consider.

Some symptoms are unique to particular viruses

A runny nose, cough, congestion, or sore throat can arise due to any of the three viruses or a common cold. But loss of taste and smell is more commonly associated with covid than flu or RSV. And wheezing is often a telltale sign of a serious RSV infection, usually found in children or older adults.

However, the only way to know for sure is to get tested.

“I don’t think anybody says, ‘Listen, I think you have a virus based on your symptoms,’ and feels confident saying what virus it is,” said Dr. Frank Esper, a pediatric infectious disease specialist. at the Cleveland Clinic.

Do the symptoms appear gradually or suddenly?

“Classically, the flu first appears with an abrupt fever that occurs quite quickly. That’s in contrast a bit to RSV and Covid, where we think of a slow escalation of symptoms,” said Dr. Scott Roberts, an infectious disease specialist at Yale Medicine.

How long has it been since the exposure?

Diseases have different incubation periods: the time between exposure and symptoms. On average, flu symptoms tend to develop two days after exposure to the virus, whereas RSV symptoms tend to go away four to six days appear, and the typical incubation of Covid is three to four days for the omicron variant.

“If I go to a party and have symptoms the next day, it’s probably the flu because the incubation period can be as short as 24 hours,” Roberts said.

RSV is unlikely to make a healthy adult very sick, while covid and flu certainly can.

“In general, if you’re a healthy young adult or not of extreme age and you get fairly severe disease, it’s probably not RSV,” Roberts said.

The groups most vulnerable to serious RSV infections are infants, children with lung disease, adults over the age of 65, and people with weakened immune systems.

Symptoms can also look different depending on age and immune status. Many children are encountering respiratory viruses for the first time this year when they return to regular school and socialization, so their bodies may have a harder time clearing the infection, which can lead to broader symptoms.

According to Esper, almost a quarter of children have gastrointestinal symptoms (such as diarrhea, stomach pain or vomiting) from viral infections. That’s less common in adults with seasonal flu or RSV.

Meanwhile, people with weakened immune systems are more likely to develop severe symptoms or pneumonia from any of the three viruses.

Consider which virus is circulating the most in your community

Disease experts anticipate that Covid cases will rise over the holidays as more people travel and gather indoors. The average daily cases reported to the Centers for Disease Control and Prevention have already risen nearly 11% in the past two weeks, according to NBC News’ tally.

But it is difficult to determine local levels of covid transmission, since many people use home tests. RSV and flu tests, by contrast, are done in a doctor’s office or ordered by prescription.

Instead, flu cases are skyrocketing. the national percentage of influenza tests who tested positive rose from about 8% in the week ending October 30 to nearly 15% in the week ending November 13. Influenza hospitalizations are the highest for this time of year in more than a decade.

Esper said he expects the Cleveland Clinic to be “swimming with the flu” within two weeks.

However, the picture varies by region. In the Northeast, Roberts said, “we’ve seen RSV rise in the last one to two months and it’s actually plateaued, which is great news, and then the flu, just in the last few weeks we’re seeing an exponential rise.”

“The southeastern US (Georgia, Alabama, Mississippi) saw the complete opposite. Initially they saw an increase in flu, and then now they’re seeing RSV start to catch up,” she added.

Unlike Covid and the flu, there are no universally prescribed vaccines or treatments for RSV.

“RSV is what scares me the most probably because there’s nothing you can do about it and so many young children haven’t seen it. We’re really seeing record increases in our children’s hospitals,” Roberts said.

However, to reduce the duration of flu symptoms, doctors often prescribe Tamiflu or one of three other approved treatments. For some people with Covid, doctors may prescribe Paxlovid.

“At this time when we have a lot of flu, we still have a decent amount of RSV, we still have a fair amount of covid, the most important thing people need to do is get vaccinated,” Jha said at a briefing on Tuesday. “It keeps you out of the hospital.”