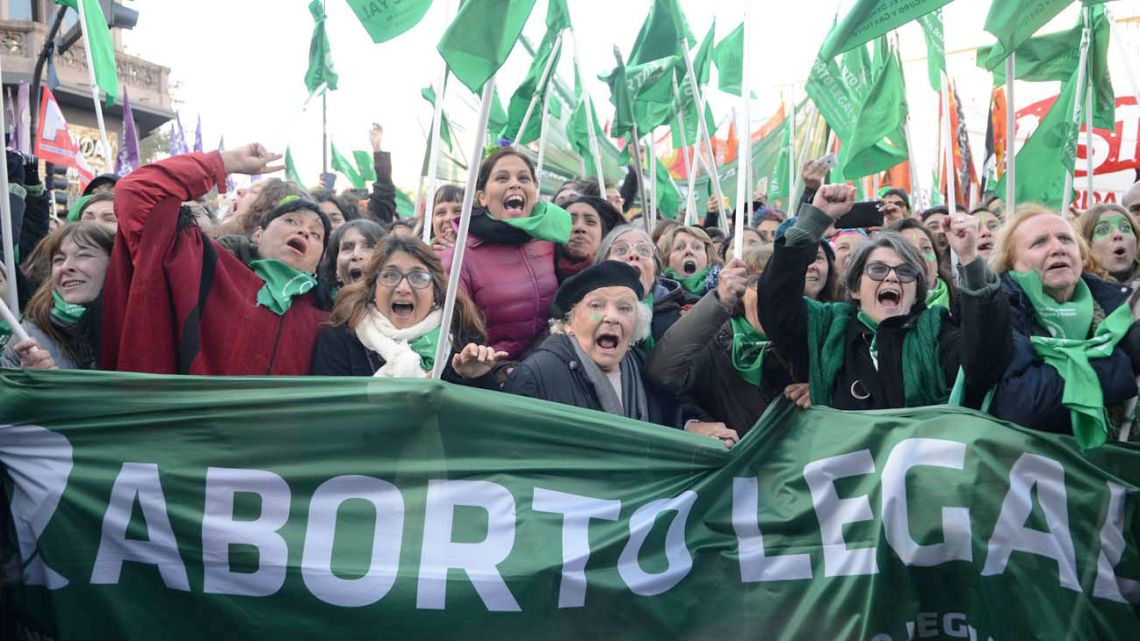 Although social and cultural changes tend to be slow and gradual processes, in the case of the Abortion Law in Argentina –which is currently two years old since its enactment– the social modification seems to be very significant. This can be deduced from various reports presented by the authorities of Health of the Nation and the province of Buenos Aires that show concrete advances in these issues: according to Ayelén Mazzina, Minister of Women, Gender and Diversity, “The numbers are clear: in these two years, complications and deaths from abortions decreased”. And Health Minister Carla Vizzotti gave an example of the growth in this policy: “We already have 1,437 health centers in the country that guarantee ILE and IVE (voluntary interruption and legal interruption of pregnancy). When we started there were 903 centers. We grew 60% the first year and 7.5% in 2021”.

Obviously, the most solid number on this issue is the number of interruptions: according to what Valeria Isla, National Director of Sexual and Reproductive Health, told PROFILE, “between January and September 2022, the information provinces have carried out 59,267 interruptions in safe conditions in the public system. In the twelve months of 2021, there were 73,487”. In addition, 187 technical assistance was provided to resolve complex situations. Another significant fact is that the dedicated telephone line (08002223444) received – between January and October of last year – 13,752 inquiries, while in all of 2021 the calls were 17,943.

Reversion. A significant example of this resounding change in policy is verified in the province of Buenos Aires. According to what Carlota Ramírez, a position in the Directorate of Sexual and Reproductive Health in the PBA Ministry of Health, told PROFILE, “it is the province that has 40% of the country’s population.” According to the official, when they took office almost three years ago, the issue practically did not exist in the organization chart, in terms of lack of inputs, resources and “weight” in the administrative structure. Nor was the protocol aligned with that of the Nation. That was reversed and they added comprehensive health centers and training to attend and accompany these issues. “Today we have an Abortion Access Network with 539 establishments distributed in 132 of the 135 municipalities of PBA. In December 2019, only 38% of the municipalities had effects that guaranteed access. Today, 98% of the districts have at least one specialized center on the subject and there are only three municipalities in PBA without healthcare establishments that guarantee it (San Miguel, Capitán Sarmiento and Lezama).

These types of changes were not the only ones. Ramírez recalled that they developed a statistical epidemiological registry system since “it was not even known how many cases we had to treat per year or how much misoprostol (the basic drug used for this intervention) we had to acquire and thus be able to satisfy the demand.” In addition, in a commitment to national pharmaceutical development, they signed purchase agreements with a public laboratory in Santa Fe, which produces this molecule locally.

Regarding the number, the PBA statistics indicate that since March 2020, 72,192 abortion situations have been registered, of which 95% correspond to intentional abortions (ILE/IVE).

In percentage terms, between 2020 and 2021 there was an increase in access of 131%. “Which,” Ramírez clarifies, “does not mean that there has been an increase in the total number of abortions, but rather that safe and registered abortions have grown, which were previously clandestine and unsafe.” And this resulted in “a resounding drop in the figures for maternal mortality and morbidity due to abortion”, data that is being consolidated before publishing.

Another point of social impact caused by the approval of the Law is that more and more women turn to the consultation as soon as they know of their unwanted pregnancy: “90% of infections are carried out before 12 weeks. That greatly improved the safety of the procedure of this outpatient practice,” she said.

Although the situation is positive, in the future there are some axes to work on. According to Isla, “we have to continue expanding the number of teams of trained professionals in the country for these situations. With a better territorial distribution we can further improve access. This also implies “making the administrative circuit more efficient, ensuring that excessive studies are not required for practice and adding new methods –such as intrauterine manual aspiration for those who need it–, and adding the newest and most effective drugs, with fewer side effects. . It also incorporates figures such as the companion or lifeguard.

A new drug for IVE

A few months ago, the World Health Organization (WHO) updated its recommendations on the best health policies on this issue. And although Argentina is aligned, the authorities of the Health of the Nation and the province of Buenos Aires are designing some updates. According to Valeria Isla, “in the coming months we plan to facilitate access to the new drug recommended for IVE (mifepristone), both in the public and private systems. And we want to add more trained professionals to the interdisciplinary teams that attend to and accompany these situations, giving the best possible counseling. We will train doctors from various specialties and also new professionals such as obstetricians and nurses”.

Another point that the authorities have in the pipeline is to bring this issue to primary care centers and also to improve post-abortion medical care and controls in a context promoted by the WHO to definitively leave behind the criminalization that, for decades, predominated in this field. .