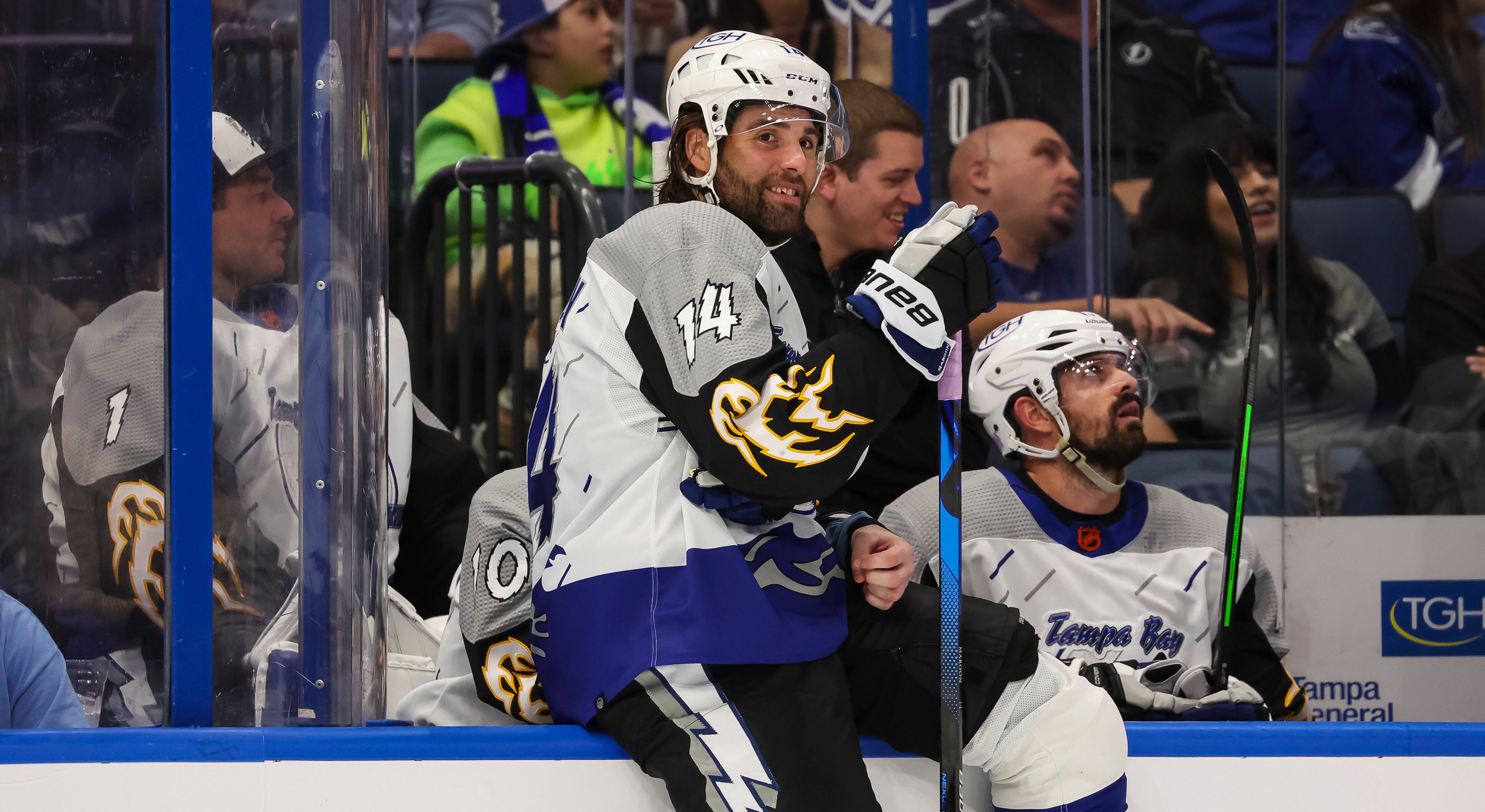 During the first period of the broadcast, Edwards had this to say about Maroon:

“Listed at 238 pounds, that was the first day of training camp,” he said. “I have a feeling he’s had a few more pizzas between then and now.

NESN Bruins announcer Jack Edwards appears in the booth on the ice at TD Garden. The Boston Bruins hosted the Edmonton Oilers in an NHL regular season game at the TD Garden.
(Jim Davis/The Boston Globe via Getty Images)

“Involuntary fasting for Pat Maroon is like four hours without eating. Hey, three Cups in a row. Who can argue with his formula?” he continued.

Maroon responded to Edwards’ comments on Twitter on Wednesday.

“In support of those fighting mental health, bullying and body image, I’m making a donation of $2,000 in the name of @realjackedwards to @TampaBayThrives and I encourage fans of @TBLightning and @NHL to join me.”

Maroon added the Tampabaylightning.com/donate link for those who wished to donate money to the team’s foundation.

Edwards received backlash from many in the hockey community for his words. Professional Hockey Writers Association President Frank Seravalli featured his article.

“A swaggering announcer who puts a professional athlete and three-time Stanley Cup champion to shame. @patmaroon doesn’t deserve that. Nobody does.

The Carolina Hurricanes also supported Maroon, saying, “We stand with @patmaroon to support those fighting mental health, bullying and body image. We encourage #Canes fans to donate $19 in spite of Jack Edwards.”

In that Hurricanes tweet was a donation to the Lightning Foundation Inc. for $100.19.

The Bruins ended up winning the game against the Lightning, 3-1, where Taylor Hall scored twice. Tampa Bay’s Steven Stamkos scored his 999th career point with a power-play goal in the second period to tie the game at 1 apiece.

Maroon logged 9:15 minutes of ice time, racking up one shot on goal and two hits.