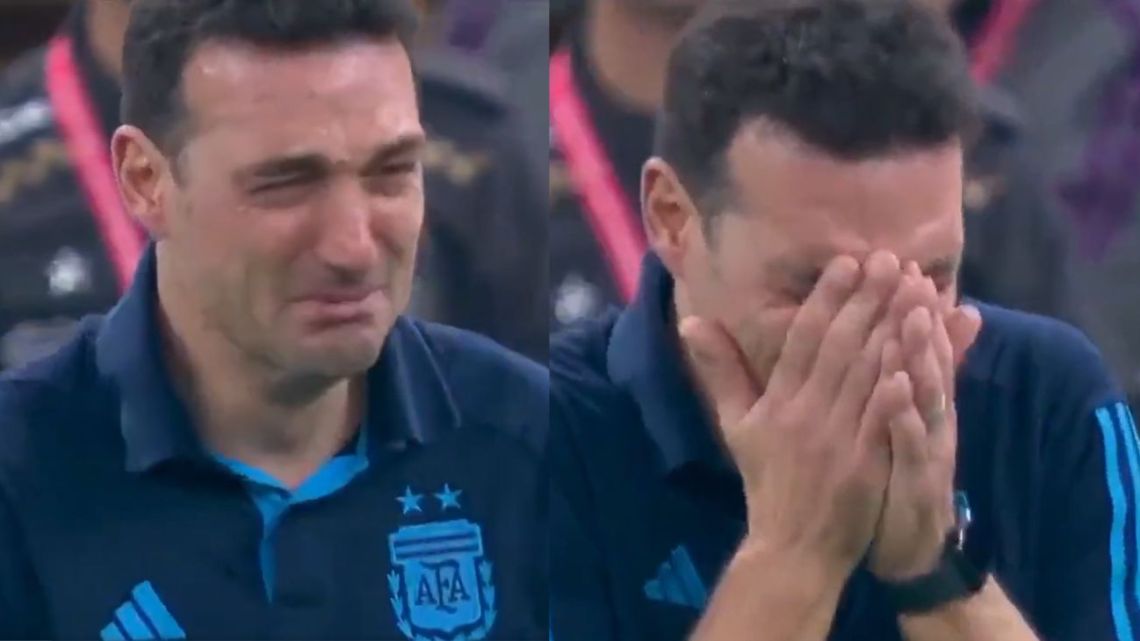 One of the most emotional images that has gone viral on the networks in recent months is that of the crying of Lionel Scaloni after the World Cup final in Qatar that the Argentine National Team beat France, and the DT himself reveal what was the reason that led him to get excited in that way.

In an interview that Scaloni gave to DeporTV, he said: “At that moment you say ‘it’s over’, ‘what a relief’, ‘we made it, but what a relief'”He acknowledged the pressure they felt around the definition to cut the 36 years without world titles for the National Team, and then referred to his moving tears.

“I see him (Leandro Paredes) coming crying in front of him, him, who had suffered, who had entered and left the team. He arrived just right, he had an injury and seeing him emotional made me emotional too and well, it was a very nice hug“Revealed the coach.

Another notable moment in that sequence is when, after embracing Lionel Scaloni, Paredes turns around and, alone, holds his head and says to the air “We are world champions”as convincing himself of that so desired, finally come true.