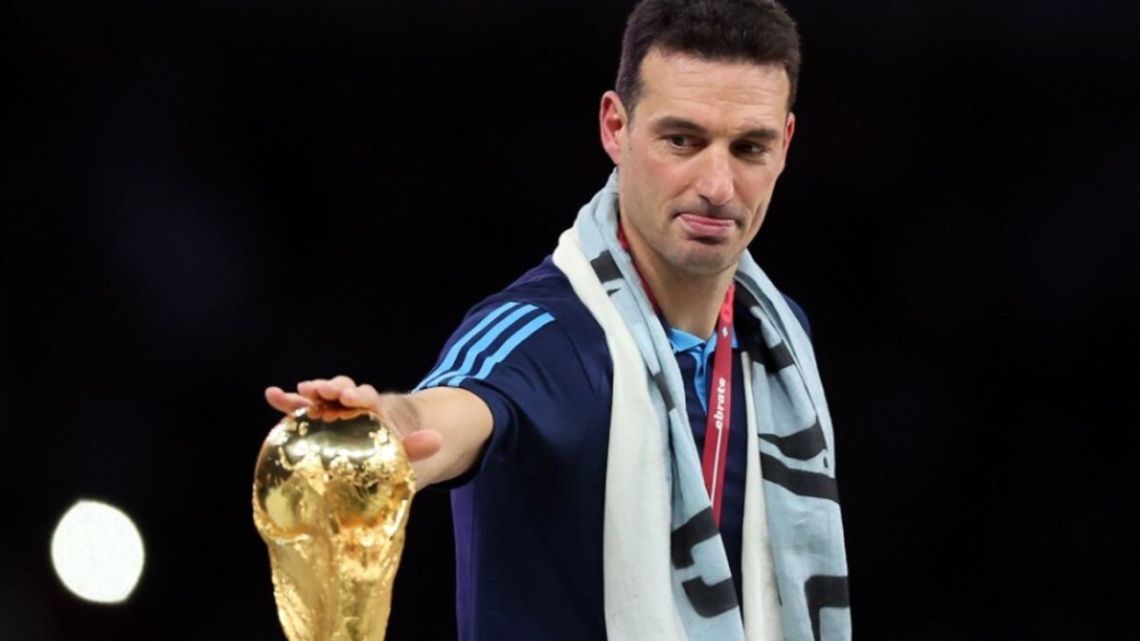 lionel scaloni gave an interview to Partidazo Cope, a radio station in Spain, and spoke about the consecration of the Argentine National Team in the Qatar 2022 World Cup and remarked what he felt as the days went by: from “I never saw the final again”.

The coach confessed that after the match against France he did not want to look at her again: “I have not seen the final again. I have it clear in my head, but I have not seen it again”.

In addition, Scaloni was consulted about Kolo Muani’s play in the last minutes of the final against France and recorded Emiliano Martínez’s save: “I have seen Dibu’s save several times… and if I see her again, she can come in”.

The emotional technical talk in the run-up to the final

Lionel Scaloni confessed that the technical talk in the previous one was very hard and he had no words for his players and revealed: “We are close, we know the moments in which I am going. At the gates of a final there is not much to say. The talk was very emotional because they have been working for four years for that moment“.

“I don’t even remember what I told them, the words didn’t come out. Honestly it was very emotional, we prepared the game and said what we thought to win the game, but when I wanted to say something more emotional I couldn’t. I was grateful for the four years that we lived, neither I nor the coaching staff could continue. It’s the final moment, you reached the maximum“, he counted.

The national team coach also spoke about the importance of Leo Messi inside the locker room with his teammates and expressed: “The captain always has the last word. I speak and then they meet, the eleven who go out onto the field and the captain speaks as always. I am not part of that, it is a moment of theirs and it is unique. It’s the top moment for a player“.

The future of Lionel Scaloni in the Argentine National Team

The world champion DT spoke about his continuity as coach of the Argentine National Team and revealed that he will speak with Claudio Tapia: “At some point it will come, but the important thing is other things. I hope to sit down with the president when I return to Buenos Aires. I have the best relationship with him and I thank him for the opportunity he gave me. I’ll announce what I have to announce“.