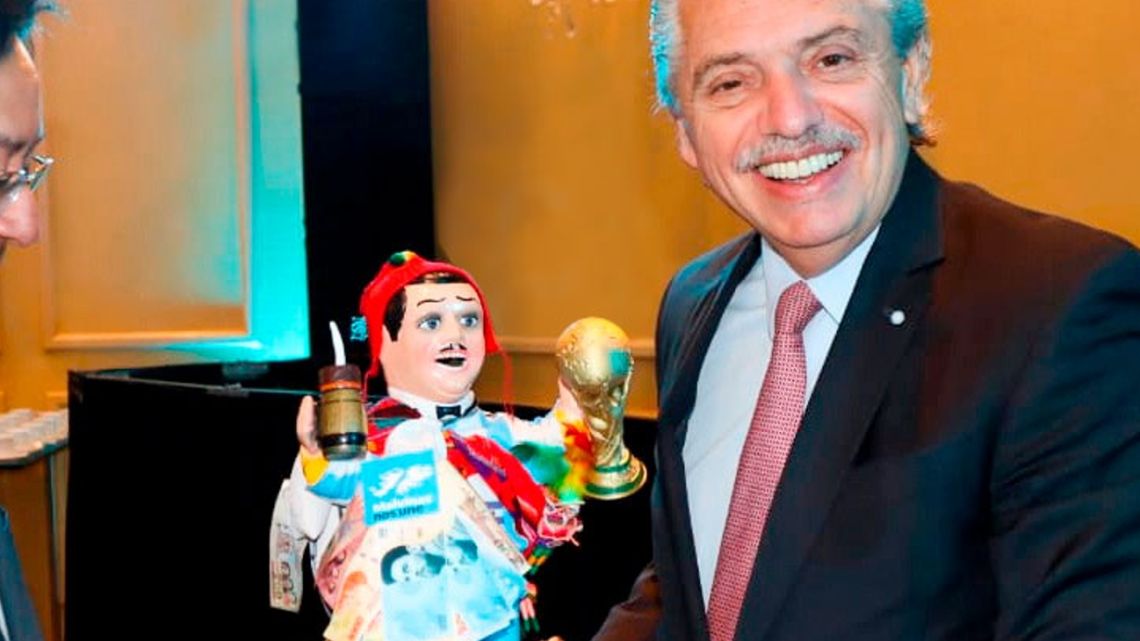 The President of Bolivia, Luis Alberto Arce, gave President Alberto Fernández a special gift within the framework of the Summit of Heads of State of the Community of Latin American and Caribbean States (CELAC) that took place at the Sheraton Hotellocated in the Buenos Aires neighborhood of Retiro.

As he revealed through his social networks, he brought him a peculiar doll called Ekeko, typical of Bolivian culture.

“Proud of our cultures, we present our brother President Alberto Fernández with much love and faith, an Ekeko that for Bolivians means God of Abundance”raised the Bolivian president along with a photo of the gift.

The figure symbolizes the God of abundance and is represented by a statuette of a smiling little man, dressed in typical clothes from the highlands, who has an appropriate hole in his mouth to insert a lit tobacco.

For his part, he added: “We invite you to celebrate this tradition so that all the dreams of our #PatriaGrande come true.” Along the same lines, he said: “Together with our Bolivian community in #Argentina, we participated in the traditional Alasitas fair.”

Arce, present at the CELAC exchange, was grateful for the affection and respect for the native customs of his region, and He predicted “days of more prosperity and development” for both Nations.

The Bolivian community celebrates its ancestral event in the Indo-American Park, located in the Villa Soldati neighborhood, which the president attended prior to the regional exchange.

The traditional fair has amulets that can be purchased in the famous wings, miniatures of all kinds of typical elements of the culture that symbolize the most intimate desires: money, houses, planes and cars, which will be entrusted to the Ekeko, for its conversion into reality. in the future.