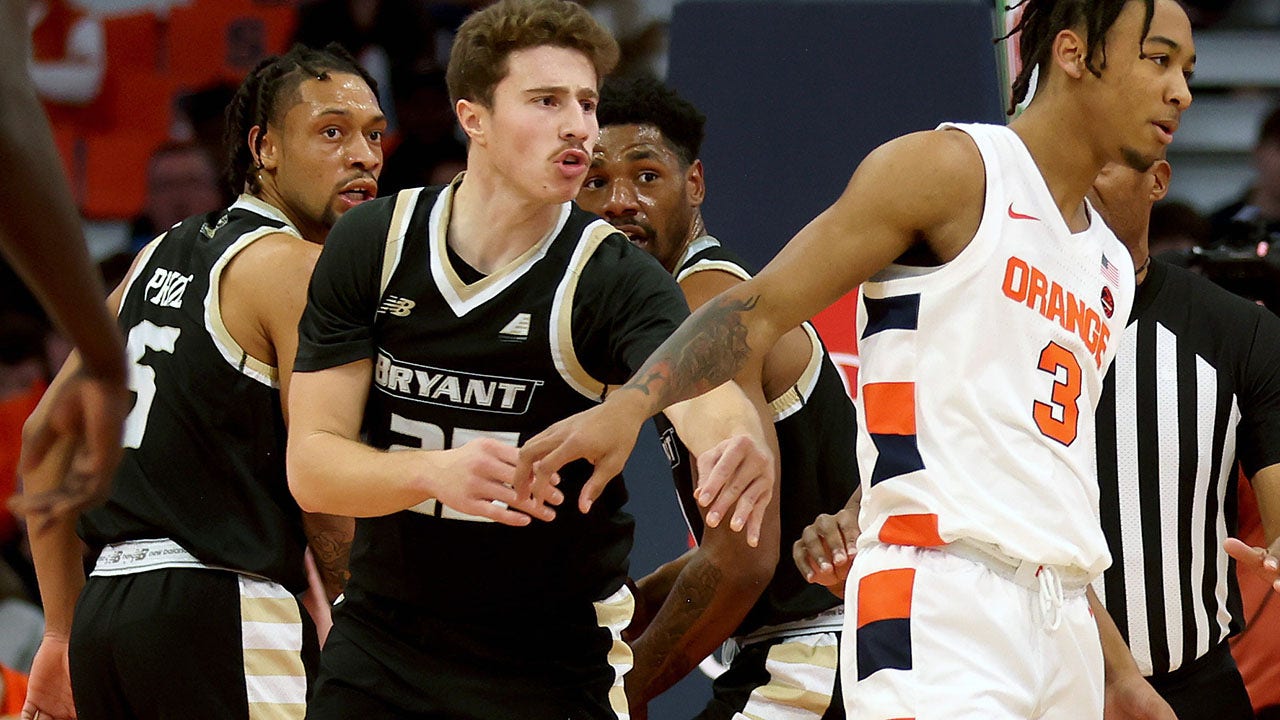 Doug Edert came into the spotlight in the spring when he helped lead Saint Peter’s to an improbable run in the NCAA Tournament before losing to North Carolina in the Elite Eight.

But the 2022-23 season has been very different for Edert so far.

He transferred to Bryant University in the spring after Shaheen Holloway left the Peacocks to take over the Seton Hall job. Edert was back in the spotlight on Saturday, but for the wrong reasons.

Bryant was leading his game against Syracuse 25-17 in the first half when Orange’s Judah Mintz was whistled for a charge. Mintz got tangled up with Edert and slapped him across the face. Edert responded with a slap of his own, and the players and coaches were quick to intervene.

After an official review, Edert and Mintz were ejected along with Bryant’s players Kvonn Cramer and Tyler Brelsford for leaving the bench. Assistant coaches Phil Martinell Jr. and Chris Cole were also ejected.

Sherif Gross-Bullock scored 15 points, including the go-ahead basket with less than a second remaining to give Bryant the 73-72 victory.