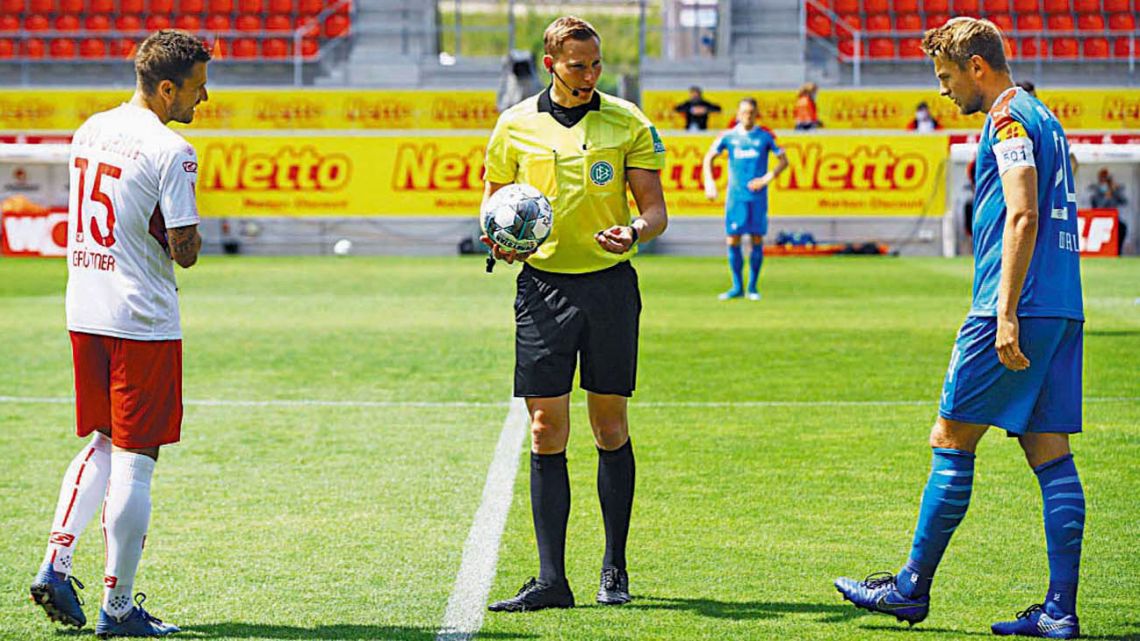 We tend to forget it, sometimes on purpose, but in football, in competitions – and in sport in general – chance occupies a central place. And now that the imminent World Cup will take over –for four weeks– global attention, it becomes attractive to review ideas and dismantle prejudices about the role of probabilities, speculations, chance, favorites and the weight of cabals. And math doesn’t just play on the court: it also allows us to calculate how many packs of figurines we have to buy to fill the album. To think about these issues, two experts in statistics and mathematics –Walter Sosa Escudero Y paul groismán– planning a series of online chats. Groisman is a doctor in Mathematics, a CONICET researcher and a professor at the Exact Faculty of the UBA. He is the author of the books embrace chance Y I give you a theoremwill appear soon. He defines himself as a Maradonian and bostero to the bone. Walter Sosa Escudero embraced statistics from university. He is a CONICET researcher and professor at the University of San Andrés. He wrote books like Borges, big data and me and is a fan of computing, mathematics and 70’s rock, among other rhythms. Also mouth.

What is the role of chance in the championship? Sosa Escudero has no doubt: “The place it occupies is enormous. But be careful, not only in sports competitions does chance play. It also has a role in politics and finance.” When watching a soccer match, you can analyze and measure systematic elements, such as the quality of the players, the training, the location, etc. “But all of that is combined with a significant random component”, completes Groisman. And he gives the recent example of Boca champion instead of Racing. “In every prison there is always an important component of chance.” Doesn’t the experience of the “expert” archer in data science play, who “studies” the history of where the player usually kicks? That does not serve to choose the side where to jump. “Analyzing the history of how a professional kicks at the goal shows, paradoxically, that history is not good for predicting where the next one will kick,” says Sosa Escudero. The Chiquito Romero thing in the 2014 World Cup and his roles is nothing more than a myth, statistically speaking. Because if it were true that a goalkeeper can guess the kicker’s strategy, it is also true that both know the data and have the incentives to change the expected strategy. “What ends up happening is that, if both have a professional level similarIt is useless to look at the history to predict, because both kick –or throw– with a high dose of randomization”, explains Sosa Escudero.

Groisman highlights another fallacy of predictions: “It is thought that the more trained a person is, it is possible to reduce the randomness of their sports movements. that is false, what reduces chance is the difference in the quality of the players. Between two similar professionals it is difficult to predict and chance increases its weight. Mathematical theory indicates that the chances of scoring a penalty do not depend on choosing strategically and each sport has a part that is predictable but another that is not. Chance does reduce when there is a big technical difference: it is easy to predict the results if the Brazilian team plays with Sacachipas, while chance weighs between Brazil and Germany.

predictions
It’s one thing to predict the winner and that’s what everyone wants. But there is another important concept and that is hitting the chances of who will win. Predicting that Argentina will win is different from estimating the chances that we will be three-time champions. Sosa Escudero recalled that “if we look at all the World Cups, they were won by only seven countries. In other words, predicting the chances of who will win 2022 is possible. But knowing for sure who will win is much more difficult. And the probability that the country that has the highest probability of winning will actually win is low, because the others play. If you only look at the chances, Brazil always wins. But it is not what happens, and there are counterintuitive concepts in this”.

There is not only chance in sport, it also has a role in politics and finance

According to experts, there are other reasons that explain the failures in the predictions. “We have a lot of information on certain elements, but little on others. For example, there have not been so many champions in sports history to have enough data and make meaningful calculations,” they say. In the opposite sense, the repetition of events means that the rarest results always end up occurring. Brazil lost 7 to 1 at home, Palermo missed three penalties: two exceptional events. But if many World Cups and matches can be played, both can be repeated since mathematics shows that The strangest results will be given many times. It will even happen that Argentina beat Brazil 14-0! It’s just a matter of waiting for enough matches and chance will cause that magic. Of course, it is very difficult to predict it ”.

In times of VAR, why is it a good idea to keep flipping a coin to see who starts? Sosa Escudero explains that it is a great example of chance, understandable for everyone. “It is a metaphor for being better citizens in the electronic age since it makes it easier for everyone to verify a process. Today, in the elections, everyone can have the certainty of voting. On the other hand, in the electronic system, “transparency” remains in the hands of a handful of computer scientists. “An event like the World Cup requires the most transparent of chances. And the currency is the best option”.

Finally, the experts repaired the cabals. “People do not usually register that there are events that have a high probability of starting and coinciding. When it happens we are surprised and we “read” it as a causal index. But coincidences exist and many times coincidences are simply expected events.”.

The official World Cup album consists of 638 figures. And they are sold in packs of five. One of the questions these days was: how many packages to buy to complete the album? “These are important and interesting problems for mathematics and probability calculus,” Groisman explained. “In addition, you can use computational simulations with these basic concepts and design a ‘computational path’ to calculate probabilities and simulate complex problems from various disciplines. They are calculations that have many variables but, roughly speaking, assuming certain conditions, the algorithms and the calculation indicate that it will be necessary to acquire, on average, 4,490 figurines (without resorting to change) to fill the album. Sure, there will be some who fill it up by buying 880 packs, but others will have to buy more and the lucky ones, less. The good thing is that the mathematics shows that it is a situation with little dispersion: for the majority it will be enough to acquire the amount close to the average to complete it.