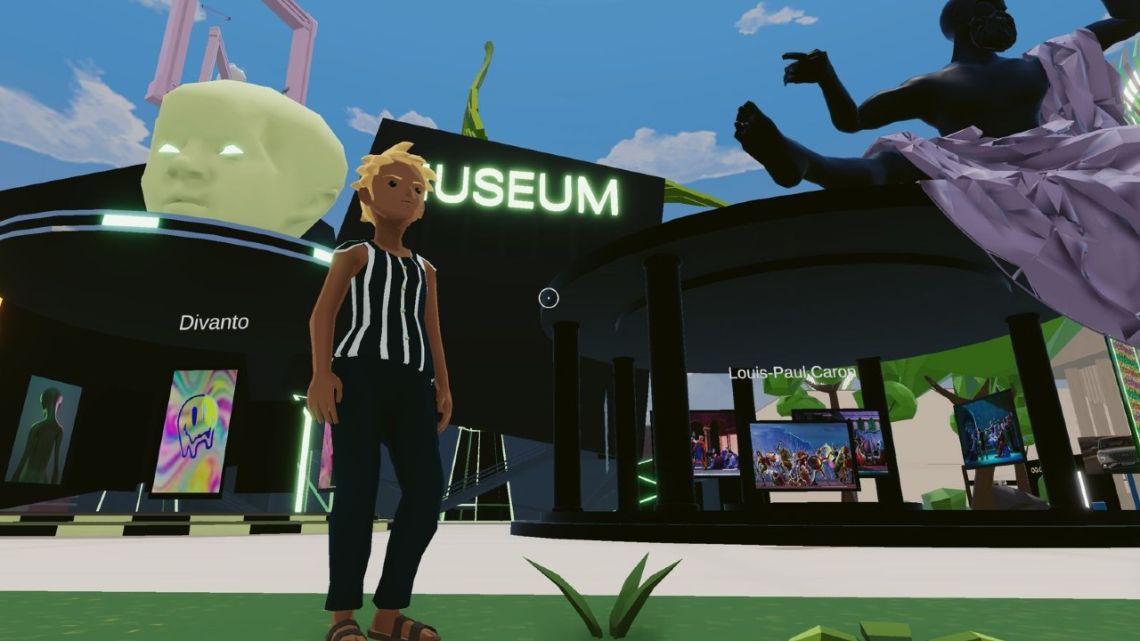 The Metaverse is increasingly present in people’s lives: from the premises of large companies to video games. Nowart also has a place in the virtual universe museum districtan NFT (non-fungible token) that “builds dynamically all the time”.

“The entire museum itself is an NFT”, explained a PERIFL the director of the Museum District Nicolás Ruggieri and added that “this is the craziest thing”, since, although all the works that are exhibited are an NFT, the museum itself is one.

To enter through the Metaverse, it is necessary to enter Decentraland’s pagecharacterize each user and start touring the museum, whose main aspect “is the exhibition of Art an international level”.

“It is not the same to see a painting, than to get inside a painting in a special worldsaid Ruggieri and the museum really is that. Each of the works allows the user to interact with it and feel inside. For example, it is not the same as a painting of a thunderstorm, hearing the thunder from it when you see it and feeling how the lights become unstable.

The Museum, the works and an “enveloping” experience

Unlike traditional museums, this NFT allows the experience to be totally “immersive”. “I think that in the future the experience will be total. There is a transition and everything will continue to exist ”, reflected Ruggieri.

Among the works that can be found, “sculptures” are found that may be works in real life, but that are digitized, they will become a 3D NFT and users can not only appreciate it, but also buy it. Similarly, Ruggieri clarified that “each case is particular” and that “all projects are very different.”

However, he resumed his analysis of the future of art in the virtual universe and ratified: “In the future, art is going to have to be immersive, the virtual experience allows it”.

In this way, each one of the artists works in collaboration with a specialized team so that the experience is 100% immersive, that is to say that the Museum “shows the art, but it will decorate it with something animated, with virtual merchandising, something interactive, an extra to accompany the artist or the brand”.

A Polynesian island wants to move to the metaverse

“In addition to showing the art, we also generate new NFTs that can be works, an artist’s collection or a helmet inspired by an artist’s work. It’s like the concept of the artist transfer to virtual things”, added the director of the Museum District in the Metaverse.

The museum in the virtual universe began working with nearby artists, but later the call began to grow, until we had ambassadors”ambassadors” in different parts of the world. They are curators and in charge of contacting the artists, as well as representing the project.

Beyond the work of these people, other artists also make their own way to the museum in Decentraland, which can be independent. For this reason, there is a lot of collaboration in the environment.

In short, and in the words of Ruggieri, the idea is that Museum District Decentraland is a “non-traditional museum” that allows users to appreciate international works from anywhere in the world.