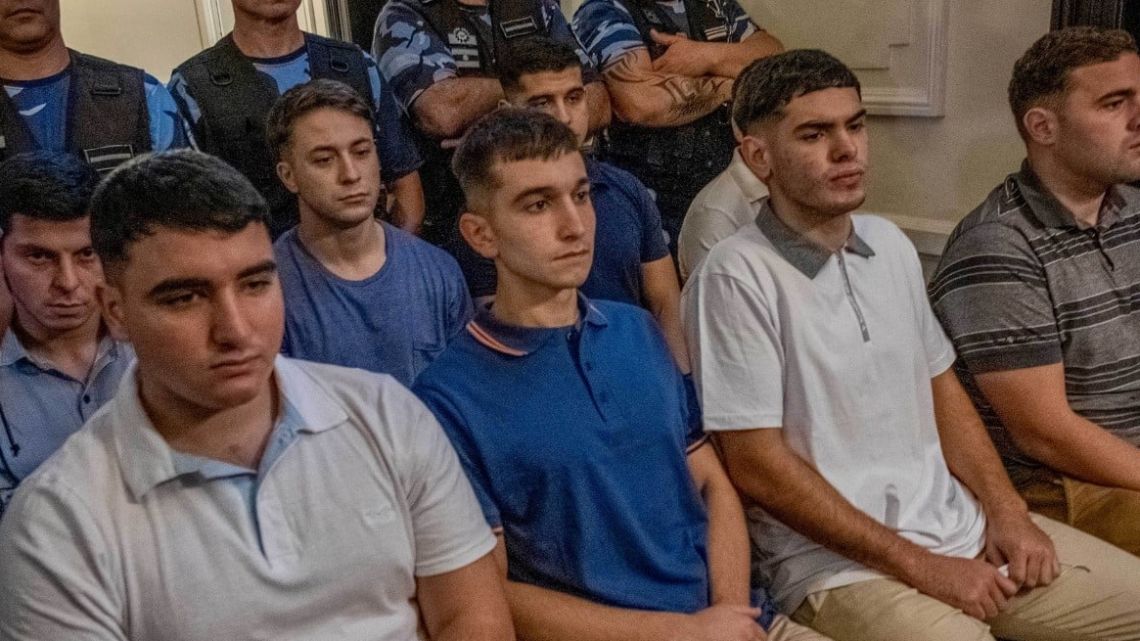 This Tuesday, January 17, the penultimate day of testimonies provided for in the trial of the eight rugbiers accused of murdering Fernando Baez Sosaon January 18, 2020 villa gesell. Given the presentation of more evidence and after the testimony of new witnesses, the situation of some of the defendants became even more complicated.

Within the framework of the third week of the trial, two other rugbiers they broke the famous “pact of silence”: maximum thomsen Y Cyrus Pertossiwho made the decision to sit on the bench after the brief statement he had given Luciano Pertosi The last week. In addition to them, in the last hearings they spoke Juan Pedro Guarinoone of the youths dismissed in the case, and Thomas Colazonoted as the “rugby number 11“.

Friends close to the defendants also testified this Monday and María Paula Cinalli and Rosalía Zárate, mothers of Blas Cinalli and Thomsen, and this Tuesday the parents of Benicelli, Comelli and Ciro and Luciano Pertossi did. Young people are tried for the crime of “doubly aggravated murder for treachery and for the premeditated cooperation of two or more people”, and also for “minor injuries”.

Chronology of the trial of the rugbiers: from the pact of silence to the break of Máximo Thomsen

In various statements, maximum thomsen He was mentioned as a direct aggressor of Fernando Baez Sosa. The young man who trained as a rugby player at Arsenal Zárate Rugby is accused of having fatally kicked the victim, and the experts confirmed that his shoe had bloodstains compatible with Fernando’s DNA. He is the most complicated in the cause.

In addition, due to the violence of the blows, the brand of the sole of his black Cyclones they were stamped on the face and neck of the murdered youth. This Monday, before his mother began his testimony, Thomsen broke down and tearfully asked to speak: he apologized, located himself at the scene, both in his story and in videos. She did not deny having been there and even He identified his shoes.

Meanwhile, he assured that when leaving the Le Brique nightclub he saw one of his friends about to fight and as soon as he got in to intervene “they gave him a pineapple in the face.” “The first thing I do is throw kicks… One kick, maybe two, he hit but never in life with the intention of killing someone,” he confessed.

He was recognized by some witnesses as one of the attackers, Fernando’s friends identified him as a second attacker of the young law student and said that hit those who wanted to get closer. In the footage, it is presumably seen when he participates in the beating.

Luciano, brother of Cyrus Pertossi and cousin of lucas pertossi, two other defendants, was the first of the rugbiers to break the silence, only to clarify that he was not present in one of the videos he showed of the attack on the victim. Nevertheless, federal police experts They showed a video to the Court, which did not make it to the media, and identified the rugby player.

This Tuesday the 17th, his father defended his children and said that “they are not murderers.” “I can’t believe what they are being accused of.”stated in connection with the trial. 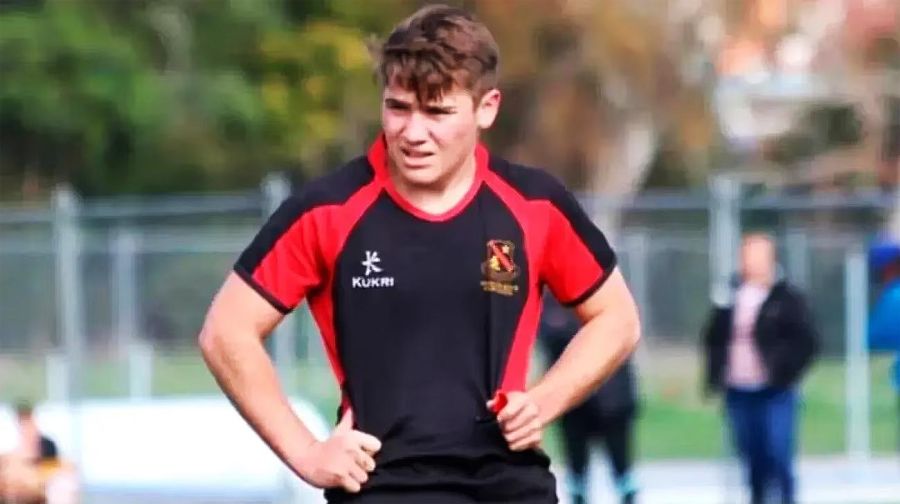 Who is Luciano Pertossi, the rugby player who broke the pact of silence and is accused of kicking Fernando Báez Sosa

The 22-year-old is another who is attributed greater responsibility in the beating, he was identified by another of the boys who spent the summer with Báez Sosa as the person who hit him “in the back and side.” He was also named as the one who stated in the WhatsApp group that he shared with the rest of the group: “Guys, don’t tell anyone about this.”

After his brother Luciano and Thomsen, he is the third defendant who chose to speak in court. “I don’t give that kick, when I realize that the boy is on the floor I stop,” He declared this Tuesday in reference to a video shown by the prosecutor’s office where he is identified meters from the victim.

While the footage was exposed, Pertossi clarified that he “stopped” a kick when he realized that Fernando was on the floor. “the boy you see is me (pointing to the video of the attack), I want to clarify that I do not give that kick, that when I realize that it is on the floor I stop ”, means before those present in the room.

Regarding the WhatsApp voice message, he said that he meant that “he did not want his parents to enter They had a fight.” Witnesses like Guarino acknowledged that they were captured from his voice.

Two witnesses pointed to lucas pertossi as part of the group and as an attacker for those who sought to help stop the beating against Báez Sosa. Pablo Gaston Zapataa neighbor of Zárate named him when he gave context about the violent history of the rugby player group.

In this sense, he indicates that he not only hit him, but even “stole his motorcycle.” “Lucas Pertossi punched me. I tried to escape, I fractured my tibial plateauand when he fell from the stairs he kept throwing things at me,” the man testified.

The Pertossi file: criminal records of the family of three of those accused of the Báez Sosa crime

Another of the defendants named as Fernando’s director aggressor. According to the friends of the murdered young man, it was he who gave”one of the first blows and I leave him on his knees“.

At the hearing on Tuesday the 17th, his mother, María Alejandra Guillén, said: “We have been devastated from that moment. Life changed for all of us It’s a constant agony, you can’t go out“, in tune with what was stated by other parents of the accused.

The forensic psychologist in charge of the tests revealed that they were nervous and referred to the gestures of the defendants, pointing especially at Comelli. “They were nervous, they had nervous tremors and a dilemma when speaking. Comelli shook his knees”.

The fifth rugby player indicated as a direct aggressor was Benicelli, although in his case he was not mentioned by name. In one of the hearings, the head of security of “the brique“described it as “one with a bun” that “he kicked Fernando in the head” before he stopped moving on the ground.

He was also identified among the attackers of friends who tried to defend him. On the other hand, the results of the dna surveys traces of the victim’s blood were detected in at least seven garments seized from the defendants, including a Benicelli shirt.

Hector Eduardo Benicelli, father of matiasHe also testified at the trial and said that he is in “a lot of pain and anguish”, at the same time that he swore that his son “did not go out with the intention of killing” anyone.

The controversial account on social networks that defends rugbiers: “Enough of social condemnation”

violent was recognized as part of the group, without detailing his role, by the commissioner Jorge Stavrakis, when viewing one of the videos of the case in his statement. As the hearings passed, his name was not mentioned as that of a “direct attacker” but he was located at the scene of the attack and several witnesses said that he was haranguing his friends and one claimed that he hit a friend of Fernando’s to prevent them from helping him.

“He is observed close to everything that happened and is next to Máximo Thomsen at the moment that he kicked him in the head when he was already immobile on the floor, “says the final report of the Prosecutor’s Office.

On the other hand, Violaz It does not appear in the chats and audios that appeared as evidence after the technical expertise carried out on the rugbiers’ cell phones. 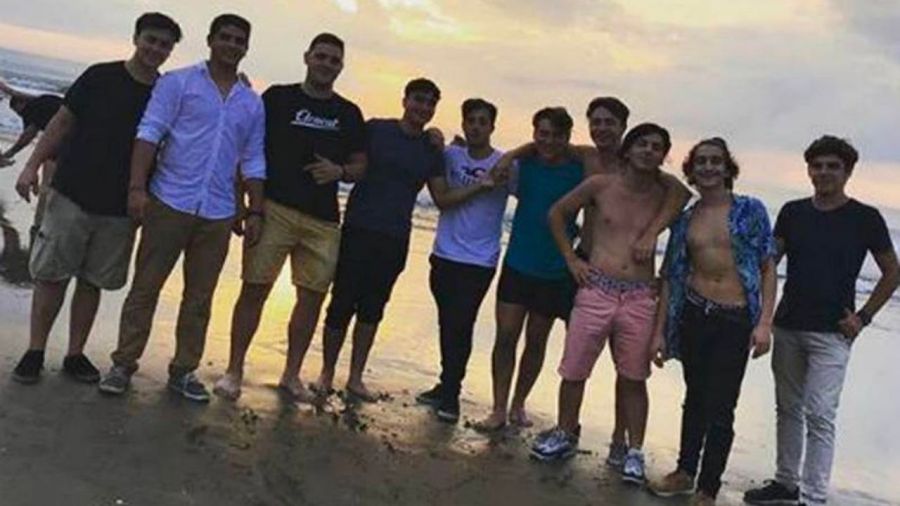 The only defendant who was not mentioned in the initial moments of the trial with an active participation in the event was Cinalli. But a detailed expertise by a forensic Public Prosecutor’s Office revealed that there were traces of DNA compatible with his genetic profile on the little finger of Fernando’s left hand.

The young man was also identified as the author of a series of WhatsApp messages that referred to the attack in front of the Le Brique bowling alley and the death of Fernando. His situation was also complicated after the statements by Guarino, Alejo Milanesi -the other dismissed rugby player-, Colazo and two of his friends: Jose Leguiza Y santino masagli.

“He told me that he had a fight and that a boy with no vital signs had left.“, the latter revealed before the judges. Both Massagli and Leguiza were part of the WhatsApp group where the defendants exchanged messages in the early morning of that January 18, 2020. 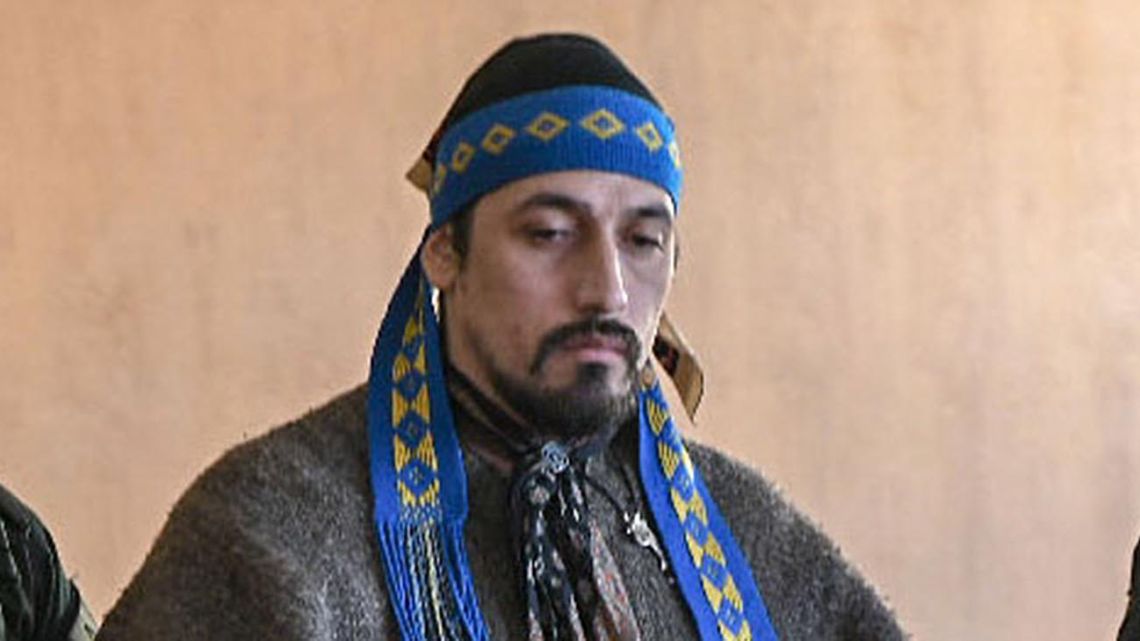 Chile prepares to extradite Facundo Jones Huala, who was arrested in El Bolsón

After it was confirmed that the leader of the Mapuche Ancestral Resistance (RAM), Facundo Jones […]

The president of PRO, patricia bullrichrevealed that from Together for Change they plan to make […] 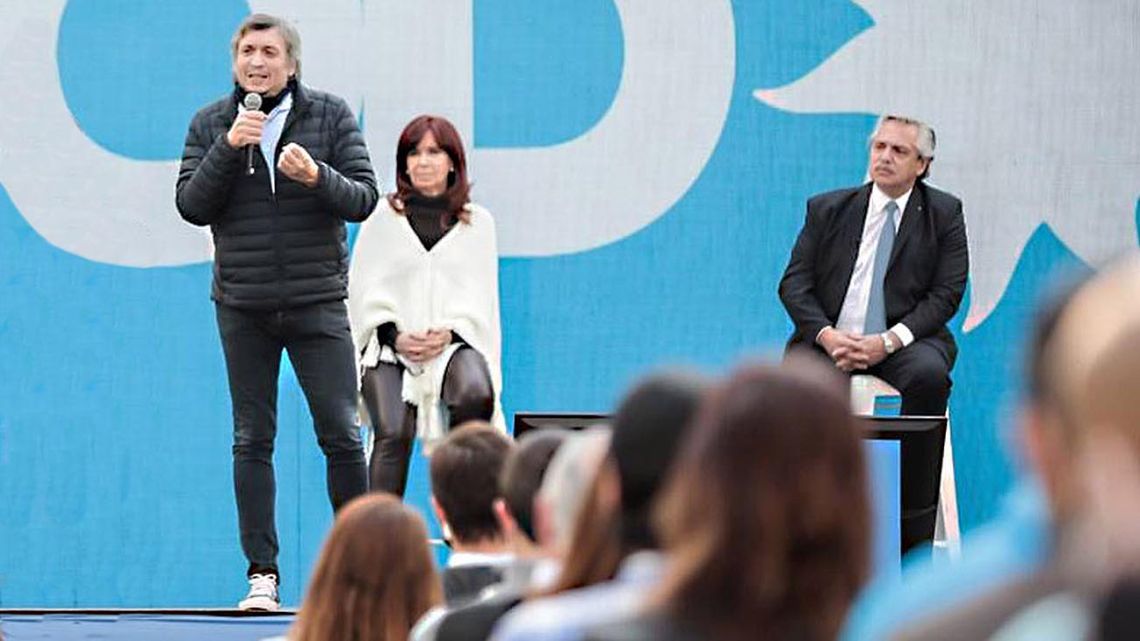 Máximo Kirchner: “Cristina never mistreated Alberto, never in her life, she treated him with cotton wool”

after his “reappearance” this week in the National Congress, where he spent a few minutes […]