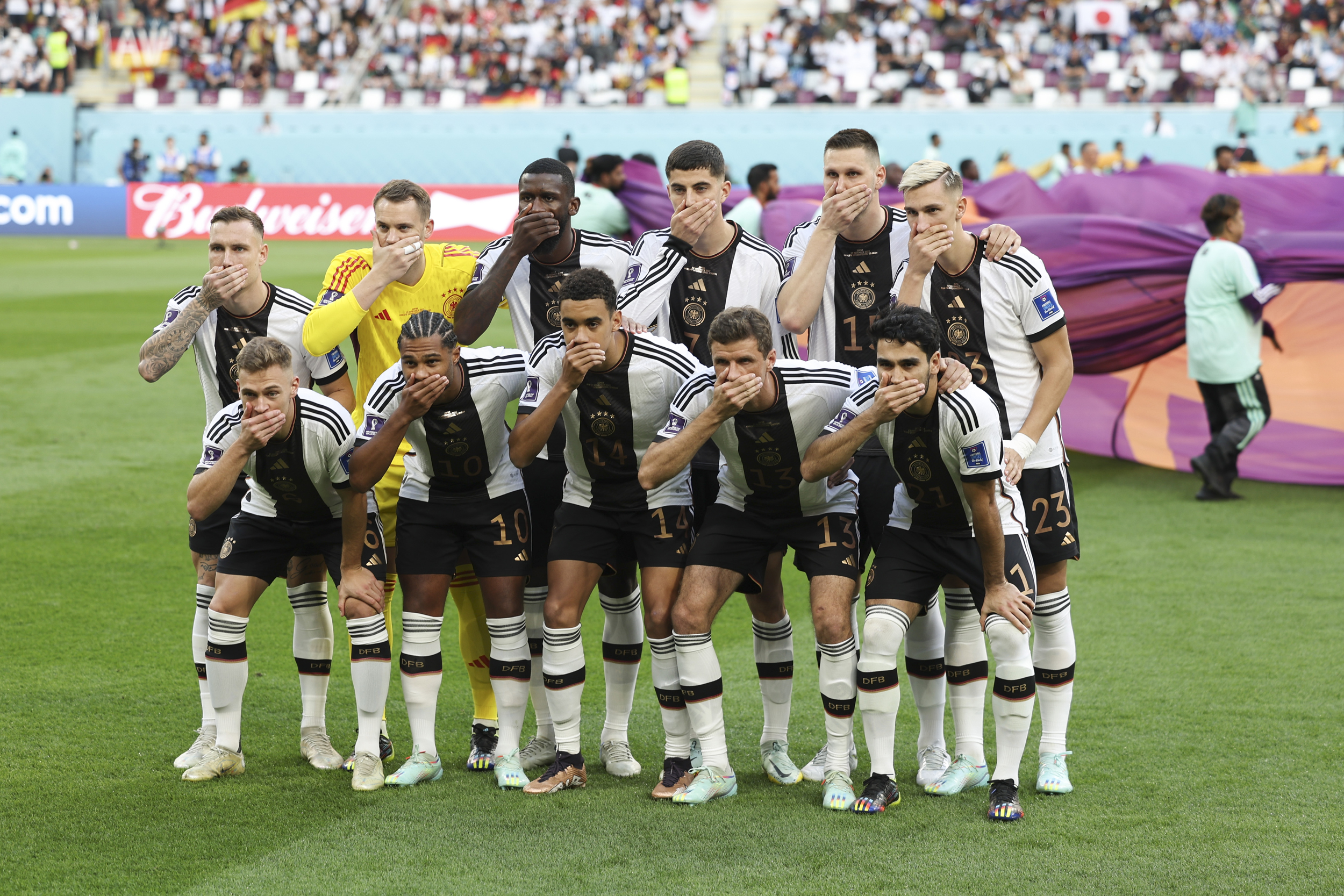 the german national football The team held a silent protest against their World Cup hosts in Qatar and the sport’s governing bodies on Friday, declaring that “human rights are non-negotiable.”

Prior to The Germans started against Japan At the Khalifa International Stadium in Doha, Qatar, the 11 starters posed for a photo with each man using his right hand to cover his mouth.

And the team captains of several European teams had planned to make “One Love” armbands to signal their support for the “One Love” campaign for human rights. But the national soccer federations of those teams instead joined world body FIFA’s demand not to display such messages in-game, amid threats of punishment.

That move apparently didn’t sit well with Germany, a perennial contender to win the world’s most famous soccer tournament.

“It wasn’t about making a political statement, Human rights are not negotiable.” said a statement posted on the team’s English-language Twitter account. “That should be taken for granted, but it’s still not the case. That’s why this message is so important to us.”

Going into the World Cup, Germany and Spain were listed as the number 5 teams to win it all. with a probability of 10 to 1.