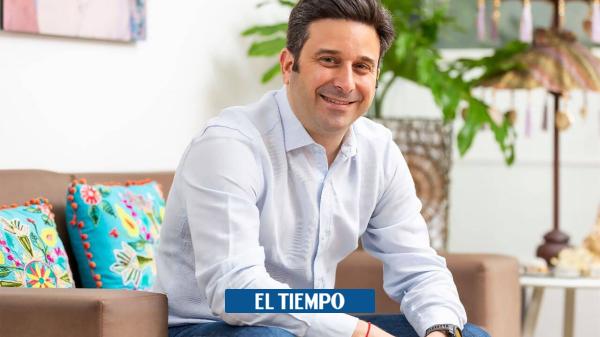 Seven years ago, the residential segments saw the incursion of a new player that changed the rules of the sector of technology-based companies that reached the level of unicorns, a valuation that few companies achieved.

Everything that was derived from Rappi with other companies was and has been part of the success of this company, which in the last two years has dedicated itself to expanding its operation.
Matías Laks, the general manager of Rappi Colombia, took stock of the operation.

How did they grow up?

Very well, with the expansion strategy in the country, in the last two years we have reached Mosquera, Funza, Madrid, Tunja, Pasto, Sincelejo, Fusagasugá, Barrancabermeja, Girardot, Yopal, Tuluá, Duitama, Cartago, Buga, Zipaquirá, Sogamoso and Facatativa. It has been part of our growth strategy, we have taken our collaborative economy model to the intermediate cities of the country and thus become a strategic ally for businesses.

We have increased orders by 50 percent at the end of this year, compared to the previous one; we have more than 150,000 active users in the application per month and more than 3,600 active partners, of which 75 percent are local.
​
We managed to build quickly in the previous global environment and, furthermore, this is a company that was born in Colombia, which we later expanded to other Latin American countries, we are already in nine and we are very committed to Latin America and Colombia

What did the pandemic leave them?

Inclusion and workers, our base and operation.

There are people who spent a lot in the pandemic, people who have their profession, but due to the twists and turns of life they were left without work and found an option in Rappi, a place where they could generate income or increase their resources until they got something else from within. of the profession they love.

It’s perfect that this is a place where people can come to check inyes; Or, for example, we have a lot of students, so I study, do homework and with that I support my studies; He received me and I am already looking for a job that has to do with what I have studied.

There are alliances between companies and professionals, from cell phone companies that provide cell phones at a very low cost with planes, and we even have an alliance with Auteco in which motorcycles are rented or credit is given to householders so that they can become owners. of motorcycles.

How have the products fared?

The company is working on the evolution and consolidation of the Prime subscription model with free HBO Max, discounts of up to 50 percent at RappiTravel hotels, and more surprises on platforms such as YouTube, Cabify, and Tinder.

In turn, Rappicard users have 3 free months of this subscription model available to them, and Rappi Cash will only be available to those who are part of this community.

In the line of pets, growth will be sought in Bogotá, Medellín, Cali and Barranquilla.
​
In the case of travel with the RappiCard, travelers received 5 percent cash-back with no return limits, more than 30,000 transactions have been made, resulting in a growth of 188 percent in 2022.

What’s next for Rappi?

We hope to open operations next year in at least eight new cities, and in the existing ones, expand its coverage.

Finally, with this expansion strategy, Rappi will reach an increase of more than 2 million new Colombians in coverage.

Part of the success has been that the company has chosen these intermediate cities because they are capitals of departments, for their potential thanks to good economic development and positively impact the collaborative economy. and make life easier for people in Colombia.

Gasoline in Colombia: discarded price up to 400 pesos in January 2023