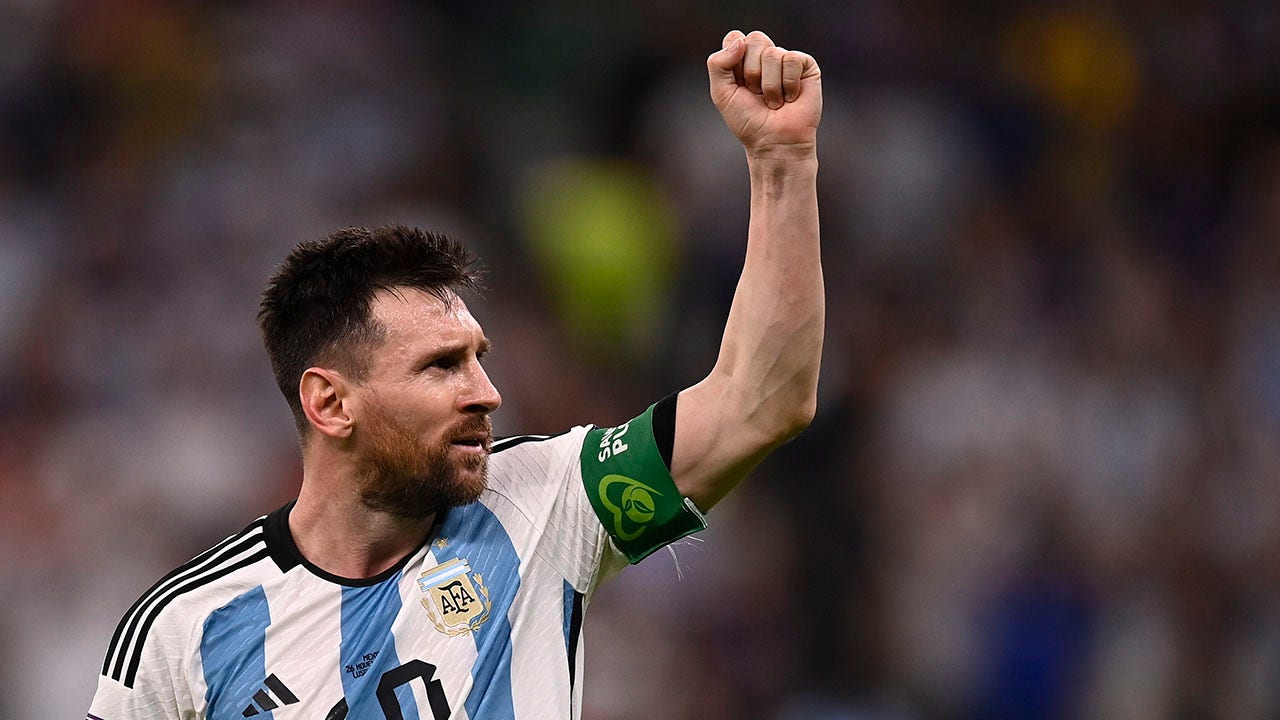 Argentina’s celebration after defeating Mexico in their World Cup match on Saturday did not sit well with superstar boxer Canelo Álvarez.

Alvarez, who is from Guadalajara, Mexico, appeared to have issues with Lionel Messi specifically after Argentina won the match 2-0 to save them from the potential embarrassment of missing the knockout stage in the World Cup.

In one of the videos of the celebration in the locker room, Messi appeared lightly kicking a Mexico shirt that was crumpled on the floor.

Álvarez accused Messi of disrespecting his country and tweeted that the Argentine was “wiping the floor” wearing a Mexican jersey.

USA SQUAD PREPARES FOR IRAN GAME IN A MUST WIN MATCH

He added: “I’d better pray to God that he doesn’t run into me.”

Sergio Agüero, who played with Messi in Argentina, tried to calm things down.

“Mr. Canelo, do not look for excuses or problems, surely you do not know about football and what happens in a locker room,” he wrote. “The jerseys are always on the ground after the games are over because of the sweat and then if you look closely, he makes the move to take off his boot and accidentally hits it.”

Former Spanish player Cesc Fabregas also defended Messi, saying it is normal for players to leave their shirts on the floor so they can be washed.