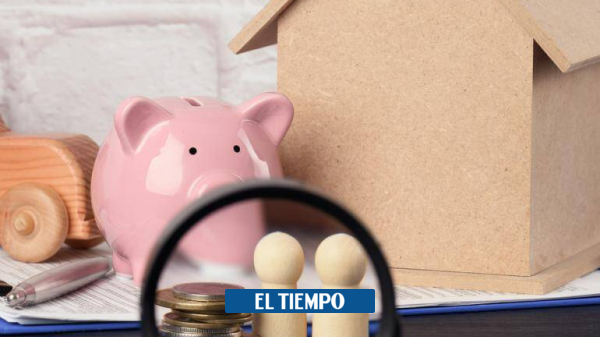 This Saturday, December 31, the economic relief created in the Social Investment Law of the government of former President Iván Duque expires, as measures created to counteract the effects of the covid-19 pandemic.

Programs like Solidarity income or VAT discounts on air tickets will disappear in 2023, situation that could affect the pocket of Colombians.

The director of the Department of Social Prosperity (DPS), Cielo Rusinque, establishes that Solidarity Income is no longer available and that this month the last transfer will be made to the beneficiaries.

“The subsidy had been given in the framework of the pandemic to mitigate effects. There were limited resources that did not need and the previous government left it available until December 31, 2022. That is the only transfer that ends,” said Rusinque.

That is, Families in Action and Youth in Action would continue.

President Gustavo Petro himself had already assured that the program was going to end on December 31.

Another relief from the Social Investment Law that will expire on December 31 is the 5 percent discount on VAT on air tickets, which will return to 19 percent.

This reduction was made to promote the reactivation of the tourism sector, after the covid-19 and it was for two years.

With the expiration of this relief, the tickets could become more expensive in 2023 between 30 percent and 40 percent, taking into account that the VAT returns to 19 percent, which is added to the increase due to inflation that exceeded 12 percent.

Faced with this issue, the Minister of Transportation, Guillermo Reyes, announced that the Government will work together with air and tour operators to reduce the impact on ticket prices after December 31, 2022, the date on which the the tax benefit of 5 percent.

In 2023, the National Consumption Tax (impoconsumo) will also be collected again, in establishments that are exclusively dedicated to spending food and beverages and that are registered in the Simple Taxation Regime (RST).

Due to the pandemic, the government of former President Duque exempted consumers from paying this tax to alleviate the pocket of consumers.

With the expiration of the Social Investment Law, establishments will have to update the RUT, replacing responsibility 50 or 57, which says ‘Not responsible for consumption tax’, according to its legal nature, by 33, which is ‘Responsible for National Consumption Tax’.

The Dian announced the new provisions on the collection of this tax and registered that those who evade it are exposed to the provisions established by law.

Other reliefs that disappeared

In the second half of the year, the digital connectivity subsidy disappeared, an economic aid that was granted to employees who worked from home. With it, the aim was to support the payment of the Internet and other services to carry out functions from home, in the teleworking modality.

However, this economic aid replaced the transport aid, since the same value was paid, and it was directed to those workers who received a maximum salary of two minimum wages.

The unemployment protection subsidy with which a sum of money was delivered to workers who had lost their jobs during the pandemic also disappeared in the first part of the year.

‘The clothing import tax is a setback’: Fenalco