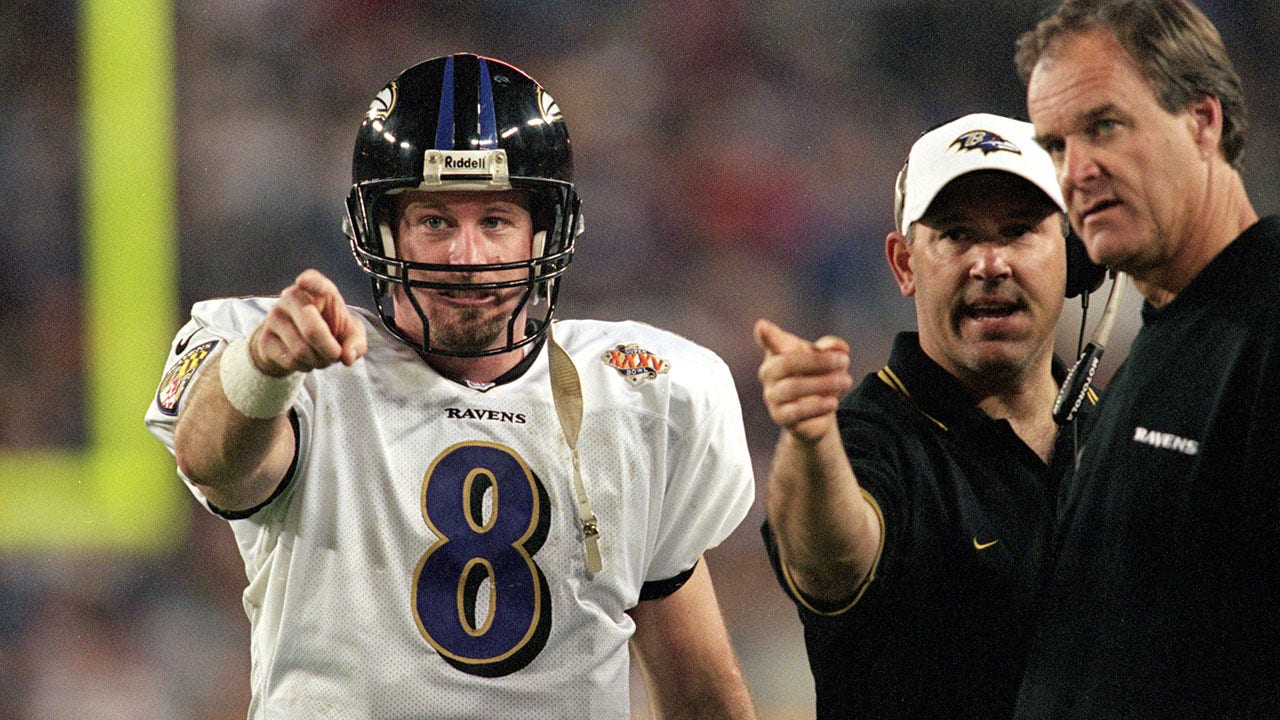 Trent Dilfer, who was the quarterback for the Baltimore Ravens during their Super Bowl run during the 2000 season, is expected to be hired as UAB’s next head coach, despite players wanting the school to keep Bryant Vincent, according to multiple reports.

Dilfer has been coaching Lipscomb Academy in Tennessee for the past four years, leading the school to three state championship games, including a Thursday night set against Christ Presbyterian Academy. He has no prior college coaching experience.

Former Super Bowl winning quarterback and ESPN NFL analyst Trent Dilfer prays with his team before the start of practice as the new head coach of Lipscomb Academy.
(William DeShazer for The Washington Post via Getty Images)

Football Scoop first reported that UAB was targeting Dilfer. ESPN reported that a deal has not yet been finalized, but the two parties are expected to come to an agreement in the coming days.

Dilfer played for the Ravens, Tampa Bay Buccaneers, Seattle Seahawks, Cleveland Browns, and San Francisco 49ers. He went 7-1 as a starter in his only season with the Ravens. He was a Pro Bowl player in 1997 with the Buccaneers.

The potential move comes months after Bill Clark resigned due to health complications. Vincent took over in the interim and led UAB to a 6-6 record. Earlier Tuesday, the UAB players sent a letter to the president criticizing the search for a coach and advocating that Vincent keep the job.

Trent Dilfer of ESPN’s Monday Night Countdown team on the set before the game between the Dallas Cowboys and the Los Angeles Rams at the Los Angeles Coliseum during preseason training on August 13, 2016 in Los Angeles.
(Stephen Dunn/Getty Images)

“We as players and the team want our voices to be heard. We deserve to be heard! We have represented this program and the University and we have built something special here. We believe in Coach Vincent and we want him to be our head coach,” The letter said in part.

“President Watts and I are proud of our UAB Football program and the dedicated student-athletes, coaches and staff who have led us to our seventh consecutive season of team bowl eligibility,” the statement read. “I am leading a national search with a committee representing the UAB community to identify our next head soccer coach. I have been aware of the wishes expressed by team members and I am grateful for their perspectives that have been taken into account as we work to close out the search.”