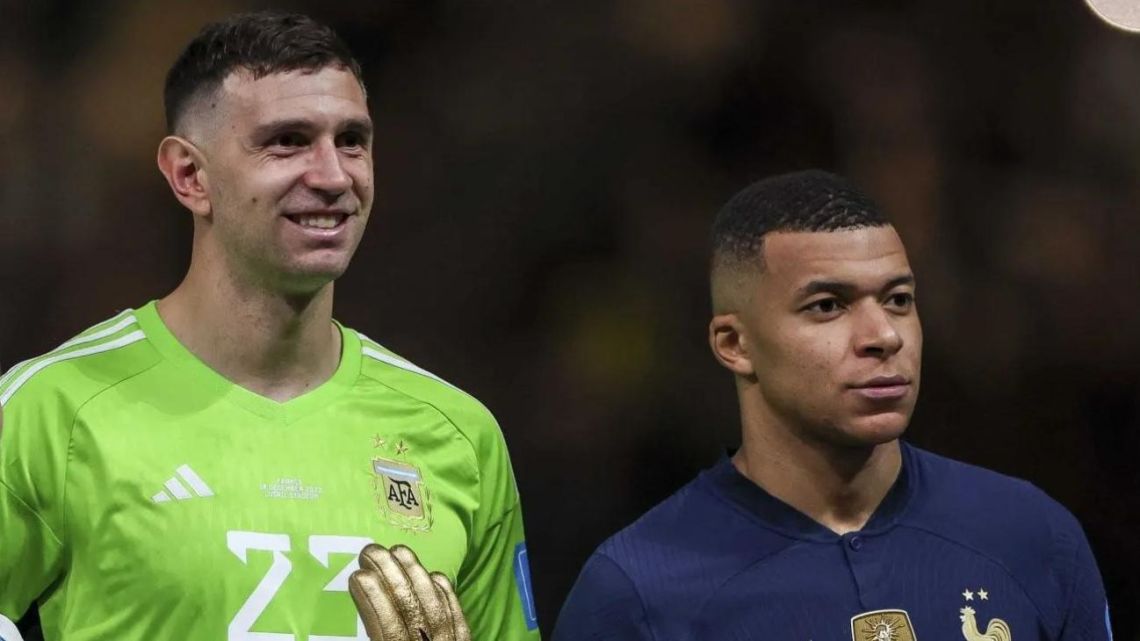 emiliano martinez He was a key part of Lionel Scaloni’s team for the consecration of the Argentine national team in the World Cup, but he is also always the protagonist because of his way of celebrating: he performed a series of dances in the two penalty shootouts that he had to save during the tournament.

Also, after being recognized as the best goalkeeper of the World Cup in Qatar 2022when receiving the trophy (a golden glove), At that time, he made a particular sign that earned him criticism from countless people.

However, Dibu’s gesture went around the world and there is no Argentine who has not given reference to it over the last month. in the last hours It was recorded that not only Argentines are the ones who decided to replicate this attitude of the Dibu.

on social networks A video of Kylian Mbappé went viral, who was a World Cup goalscorer, where he can be seen leaving the PSG facilities and, with what looks like a trophy in his hands, imitating the goalkeeper of the Argentine team.