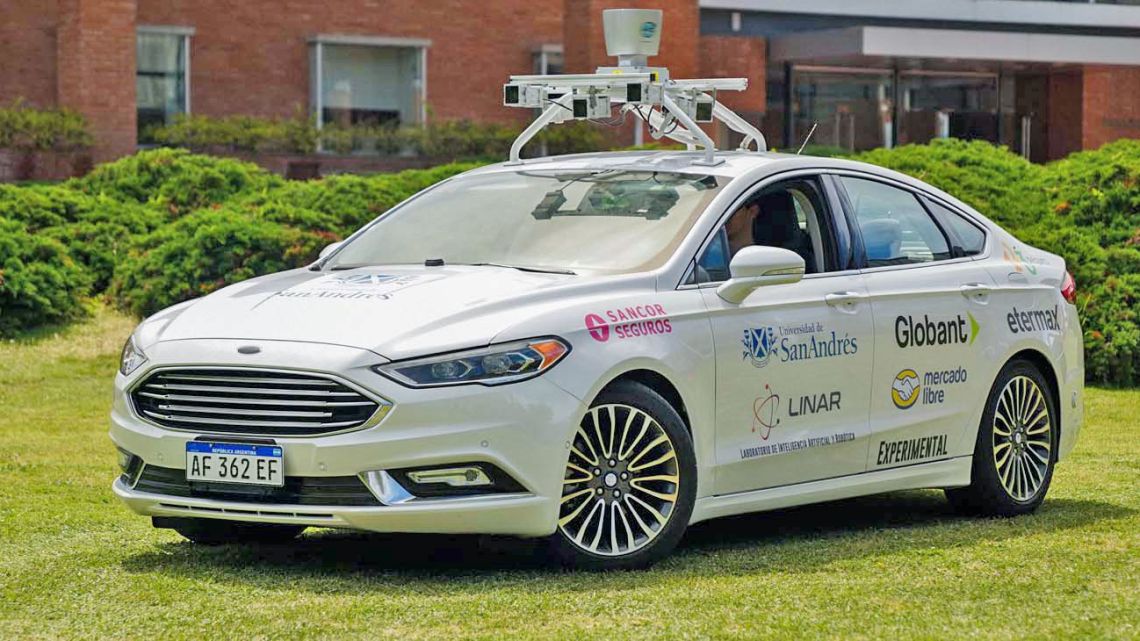 This week, for the first time, United Nations autonomous vehicle whose management software is being fully developed in argentina, by local engineers and researchers, exhibited his current driving skills in public: he covered half a dozen circuits with curves, ditches and obstacles, in a closed area. All this carrying passengers and a driver who, at no time during the test, touched the steering wheel or the pedals. The only “command” given by a human was an “enter”, generated from the keyboard of the control computer, located in the rear seat. This step is just the beginning. The developers hope to have rolling through the streets of the GBA, in the next two yearsa mini-fleet of autonomous vehicles, with an intermediate level of autonomy (level two).

“Our project is to advance in the development of the algorithms and the fine-tuning of the “brain” necessary for an autonomous vehicle to be able to circulate on Argentine streets and routes, an environment that is not the same as the vehicles found in other countries, with other driving cultures”, he told PERFIL the engineer Ignacio Mas, CONICET researcher and coordinator of Linar (Artificial Intelligence Laboratory and Robotics) that works from the University of San Andrés (UdeSA). In this study center, a team of a dozen researchers, teachers and students from various careers work on autonomous vehicles capable of “adapting” and responding to local demand.

As explained morethis pioneering developer focused on giving a Ford Fusion car Hybrid imported, which already comes from the “factory” with a computer, a series of “extra” sensors that include a Lidar-type radar, half a dozen video cameras and a high-precision GPS (one centimeter). But most importantly, it was they added a computer “brain” to the car (a powerful computer) with software developed in Argentina, which deals with receiving the information captured by the sensors, integrating and analyzing it in order to make driving decisions. Then it must give the precise electronic commands to the steering wheel, engine and brakes so that the car follows the route preloaded by its programmers, without taking anything with it and transporting its passengers safely.

national. A detail on which Mas emphasized in the presentation is that the algorithms that control an autonomous vehicle, that all the big automotive of the world are exploring, they are not all the same. “They must be able to ‘interpret’ the specific environment of each country, and also the particular idiosyncrasies of its drivers, pedestrians and other circumstances on the street. In each geography, the protagonists react differently,” he said.

For this reason, if Argentina ever wants to have cars, pickups and trucks on its roads capable of assisting its drivers, even taking full control of the vehicle, the electronic “brain” should be “located”. “Although these technologies are mostly developed in First World countries, if we want them to work well in Latin America we will have to adapt them to an environment,” said the Conicet expert.

“This is just the first step,” he said. Roberto Bunge, director of the Engineering Department and director of the Artificial Intelligence Engineering course at UdeSA. “Until now our autonomous car has been tested in a closed and controlled circuit. But the idea is that we continue to improve the software and artificial intelligence algorithms so that the car can recognize the objects it “sees” (pedestrians, traffic lights, cyclists, other cars, etc.), predict their behavior and be able to make decisions. safe handling, at the appropriate time”. The project required an investment, so far, close to US$ 250,000, contributed by half a dozen Linar sponsors. And the people in charge of the laboratory will say that they want to keep this one example: they are already planning to add another vehicle, possibly a van, to continue developing autonomous driving solutions, capable of transporting us through the rough streets of Argentina.

Goodbye to buses and trucks with drivers

Although when thinking about autonomous vehicles the first image is cars without a driver, the truth is that it is very possible that the first transports of this type are not cars but trucks. The reason is simple: according to the United States Department of Transportation, the amount of cargo transported by truck has increased by 56% in the last decade. And it is expected to probably double in the next 25 years. With that demand on the rise, it’s not uncommon for companies to think of vehicles that require less, or do without, truckers. That is why solutions that target SAE level 4 trucks are advancing, a level of autonomous driving technology that includes driving automation so that the vehicle can perform all driving tasks, in specific situations, without waiting for a person to intervene. As a result, the vehicle continues to run automatically even if the driver (if there is one in the cab) does not react. Beyond the protests that this generates, it is undoubtedly a possibility: it is worth remembering that the first autonomous truck prototype was presented in 2014 by the Daimler company, with its Truck of the future Mercedes-Benz.