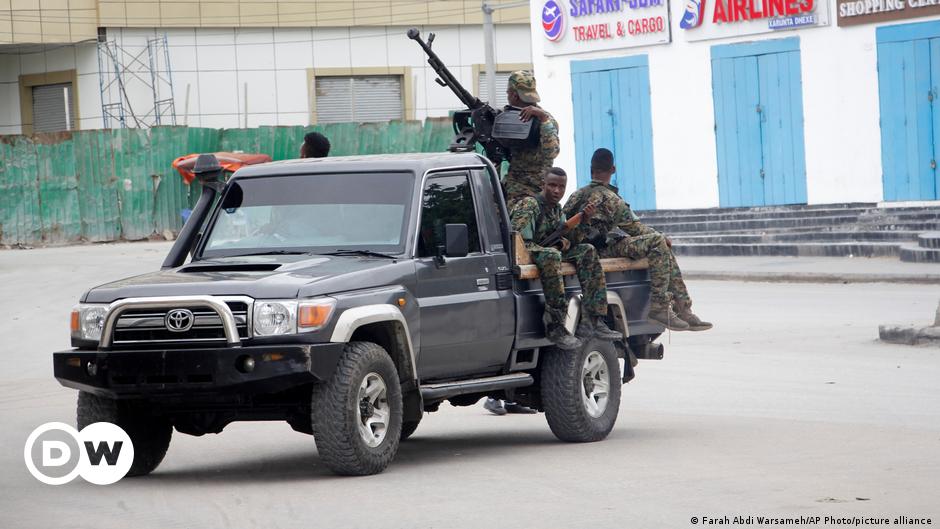 The death toll from two car bombings in Somalia has risen to 35, according to the Reuters news agency, citing a senior local police official.

The explosions occurred early Wednesday in the city of Mahas in Somalia’s central Hiraan region.

“Most of the dead are civilians. They are women and children,” Hassan-Kafi Mohamed Ibrahim, deputy police officer
Hirshabelle state commissioner, told Reuters.

What do we know about the car bomb attacks?

State radio reported that the targets were the homes of a district commissioner and a federal legislator.

The Al-Shabab terror group claimed responsibility for the attack, also stating that the death toll was much higher than the number provided by the authorities.

A local community leader said dozens of wounded had been transported to Mogadishu for treatment.

Local authorities believe the attacks in Mahas are retaliation for government operations against the militants. Government forces and militias have been backed by the United States and the African Union in their offensive against Al-Shabab.

The Al-Shabab insurgency in Somalia

The militant group has been locked in an insurgency with government forces since 2007 and, while forced to leave urban centers, has managed to remain entrenched in rural areas in the center and south of the country.

There have been a series of deadly attacks in recent months. In October, two twin car bombs directed at the Ministry of Education killed at least 100 people in Mogadishu.

Also in October, bomb blasts in the town of Beledweyne killed at least 30 people.

In November, eight civilians and six soldiers were killed when the terrorist group besieged a hotel in the capital. This followed an earlier attack on a Mogadishu hotel in August that left at least 21 people dead.