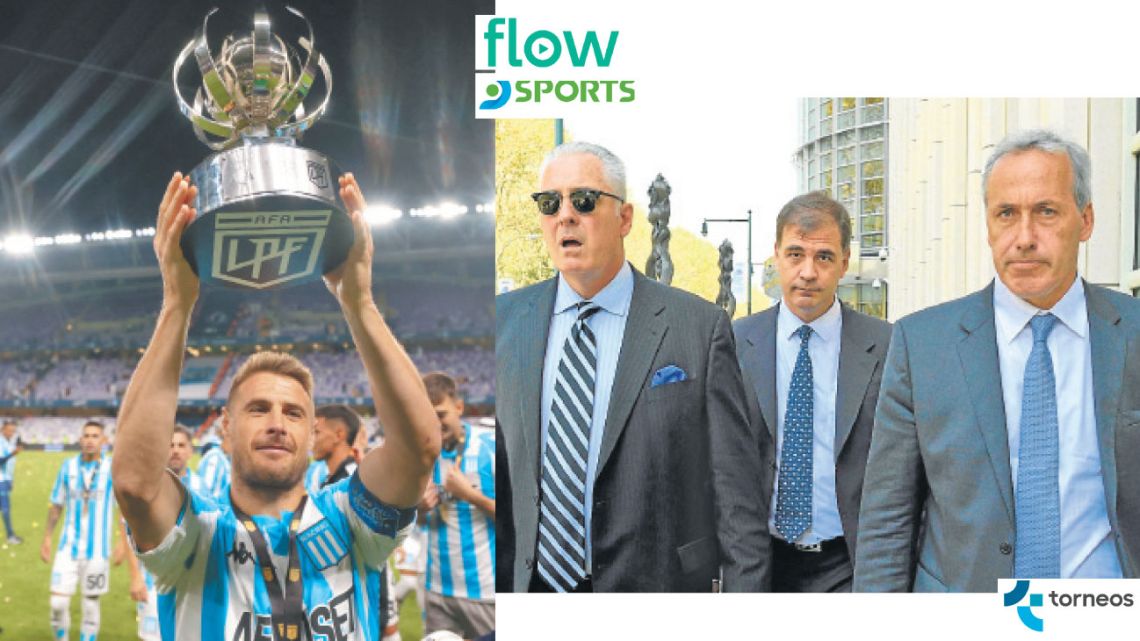 The business continues. It will always continue. And although most of the actors –sports leaders and company executives– who mention Alejandro Burzaco before the New York courts are no longer there, his testimonies still generate undisguised noise in some senior management. Burzaco talks about a winding and not so distant past, while in the present Tournaments he once again influences some television rights under the structure of the Werthein Group.

As if it were a scene in two narrative planes, this week the former CEO of the historic production company gave details of the corrupt plot through which companies kept the broadcast rights to world championships and continental tournaments; Almost at the same time, the first important tournament of the year in Argentina – the Boca-Racing for the Al Ain International Super Cup – suggested some dialectical quarrels that were evident in the previous hours: what DirecTV was going to broadcast exclusively through its channel DSports, produced by Torneos, also ended up passing it on Flow.

Within the framework of the cooperation agreement between the Abu Dhabi Sports Cooperation Council (ADSC) and the AFA, Torneos provided logistics, coordination and advisory services. In other words: he had the ball under his sole, although he did not count on a laugh that was going to come from the signal for that game.

DirecTV’s strategy was to have a relevant event and make it possible for those who did not have its service to watch it for free through its DGO streaming platform. It was a hook to attract new customers and position their OTT. However, from Grupo Clarín they complained about that exclusivity and used a word that can be funny and always come back like a boomerang: monopoly position. Torneos, whose 65% belongs to the Werthein Group, was pulled by its historical partner, Clarín, and it all ended in the fact that the two operators –DirecTV and Flow– broadcast the duel in Abu Dhabi.

The background of that round trip was Burzaco, who returned to be in the news after a long time. An underhanded story, spread thanks to a cable from the international agency AFP later republished by some portals. Self-convicted in 2015 to reduce his sentence, the Argentine testified that two former executives of 21st Century Fox – Argentine Hernán López and Mexican Carlos Martínez – and the sports marketing company Full Play Group paid bribes to secure below-market contracts, stifle competition and cultivate relationships with FIFA’s top leadership. Burzaco reached an agreement with the US Justice that closed the payment of a fine of at least 21.6 million dollars. How did he or who helped him pay that figure is part of a question that will probably always remain that way: in an indecipherable doubt.

Burzaco has to talk. It is part of that signed agreement. For this reason, I certify that Fox Sports obtained the broadcasting rights for the United States of the World Cups in Russia and Qatar thanks to the intervention of the then president of the AFA, Julio Grondona. According to what he testified in the Brooklyn court, Hernán López, at that time head of Fox International Channels, asked him to intercede with Sarandí’s patriarch to accept that company’s offer over ESPN’s. Grondona informed Burzaco that if “Fox proposed 400 million dollars” the contract would be for them. Upon his return to Buenos Aires, Grondona allegedly told Burzaco:

“Look Alejandro, I did this favor to you and Fox, but this is the last time I do it for free. From now on they will have to pay a commission of 10%”.

An important manager tells PROFILE that even though he is confined and tied up by the United States Justice, Burzaco keeps many people on edge. “It makes a lot of noise, although it is part of the past: there is almost no one left from that time,” he blurts out. Only a few businessmen, directors or CEO’s remained who were compensated for what FIFAgate implied. And although there are some surnames that have been around this business for a long time, nobody wants to name them out loud. It is known that, these days, the mere mention of it can suggest some unwanted accusation.