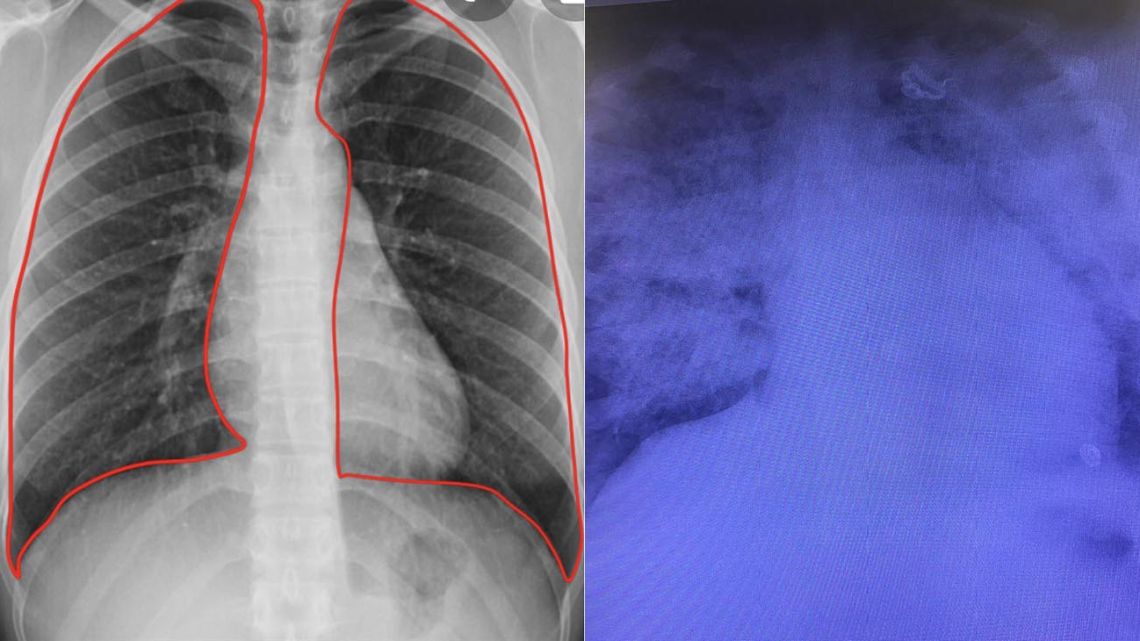 For a few weeks now, the increase in coronavirus cases in China has been worrisome. The abandonment of the “zero covid” policy allowed greater flexibility and therefore triggered infections. For this reason, hospitals began to fill up again and doctors are working overtime to try to care for all patients.

The RFI agency spoke with a relative of a sick patient who is being treated at a hospital in the Chinese city of Langfang, who says that rural workers in the area suddenly became infected. As he describes it, the image is the same as that of mid-2020, when Covid was still a mystery: intensive care units full and people lying in the corridors since the beds are not enough.

“Of course it is Covid-19,” the man said. “Everyone here has been infected! we waited downstairs for three days. The doctors say that the dead are old, but no one came to see us. Every time they told us: ‘There are no beds. If you don’t have contacts, you don’t even have to come here,’ he added.

Hospitals and crematoriums collapse in China: 2 million deaths from Covid are forecast

All the rooms in the respiratory ward are occupied by six patients, including a 74-year-old woman, who recounted: “Last Friday I couldn’t open my eyes,” she revealed. “Walking between the living room and my room was impossible. My son first took me to the emergency room at the Popular Hospital, but there were so many people that we couldn’t even sit down. Then they did an X-ray of my lungs.Your lungs have turned white, all parts are infected‘. My little sister freaked out when she saw this. I don’t know how she did it, but I found myself a site here!” she added.

The coronavirus is causing white spots in the lungs. “My father is 74 years old. This time he is too sick. His lungs are white. I have seen other patients on the ward who also have white lungs. But with milder symptoms, it is possible to overcome it. In this case, we don’t know. They took him away, but the doctors say that nothing is certain. We haven’t told mom,” the daughter of a hospitalized patient in serious condition was honest.

About this first epidemic there are not many certainties. What is known is that it broke out in the Hebei region in mid-December. According to reports from the government, the young people have already recovered, while the elderly work filling the hospitals.

“People come from neighboring counties,” explained a nurse. “The hospital is still under pressure and you have to take a number in the queue if you expect to get a bed. Many old people have died. We are all doing our best to save them, but their bodies are too weak to fight this virus. It’s actually a disease that decimates older aunts and uncles. And it is very expensive to stay in intensive care, ”she said.

What are “white lungs”?

Doctor Joaquín Lamela López explained on the website TopDoctors.es Que “‘Lung spots’ are ‘whitish’ opacities or densities seen on chest X-rays or CT scans and may be due to various diseases. Lung infections are the most common cause of opacities in the lungs.”

“Other rarer diseases also cause them, such as sarcoidosis and crypto-organizing pneumonia, and more frequent ones such as pulmonary edema, pulmonary embolism and lung cancer. These opacities appear when no air enters through the bronchus or when an infection, tumor or other disease occupies the alveoli or pulmonary air sacs,” explained the pulmonology expert.