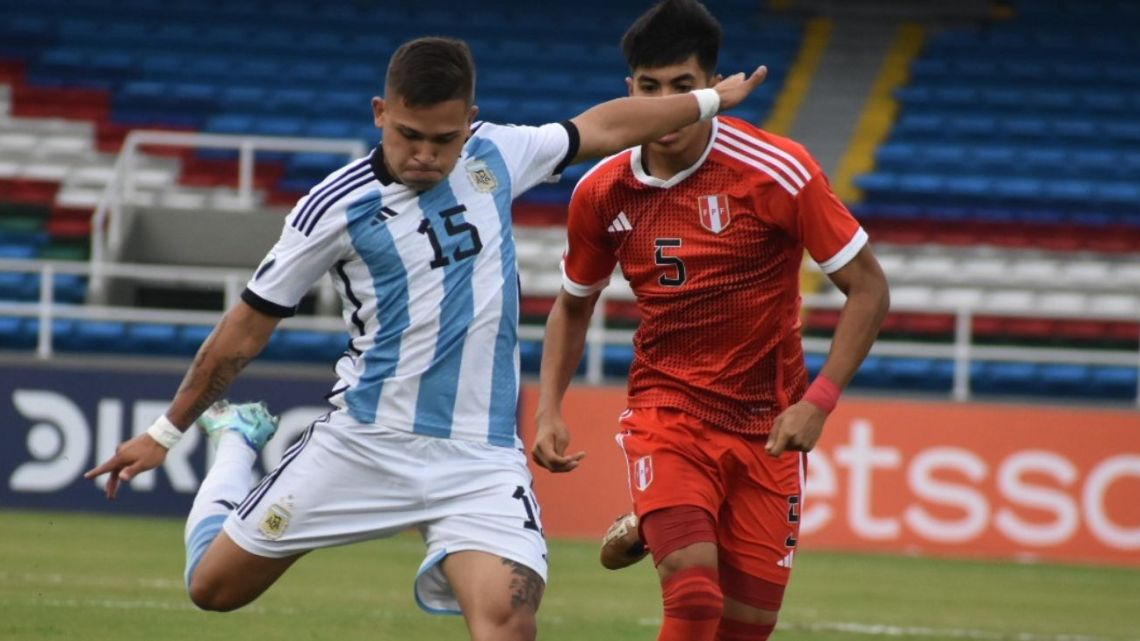 The Argentine National Team Sub 20 will face Perualready eliminated, with the obligation to win to continue with chances of qualifying for the hexagonal of the tournament south american colombia.

A few minutes from the start, the game had its first controversial play when André Vásquez entered the large area and claimed a foul by Axel Encinas. All of Peru called for a penalty, but the referee did not accept it.

ArgentinaFor its part, beyond the name and system changes, He kept repeating the same mistakes as in the defeats against Paraguay and against Brazil. It was difficult for her to generate danger and when she did, trastabiliba against the rival goal and in his own area, he does not clear up the doubts that are posed.

However, after 40 minutes of play, after a cross from Aguirre and a rebound off the post, Gino Infantino’s header made it 1-0 in favor of the Albiceleste team.

Argentina vs Peru: the formations