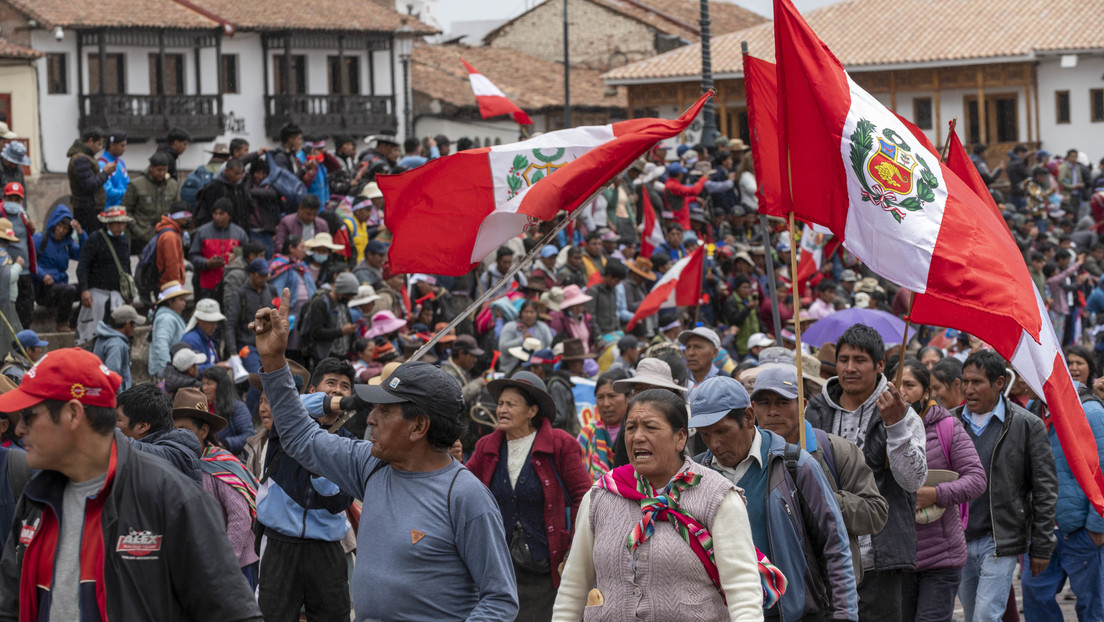 The social organizations restarted the demonstrations to request the closure of Congress, the advancement of elections and the resignation of the president.

This Wednesday the protests against the Government of Dina Boluarte in Peru resumed, after the truce for the Christmas and New Year festivities.

is Arequipa a march is carried out in which various unions of workers participate, such as the Civil Construction Union and merchants.

is juliacaSan Román province, in Puno, protesters block the southern access road to the city while a march is taking place in the city.

is cuzco the discontents also joined the blockades of roads and marches. The train service to Machu Picchu was suspended due to the protests.

In that city, in addition, activities at the land terminal were canceled due to roadblocks. Passengers are waiting for travel to resume.

in the department of cajamarca there are also demonstrations, specifically in Bambamarca, Hualgayoc province. In that entity it was reported that peasant patrols will resume the agrarian strike.

The president of the Council of Ministers, Alberto Otárola, called for calm on the protesters. In statements to the press, he said that protest is a citizen’s right, but it must be exercised with respect for other people.

“The Government acts with great responsibility, respecting the life and integrity of Peruvians, but also enforcing public order and private and public property, which we hope will not be affected in these protests,” he said.

Otárola recalled that the country is in “state of emergency” and “the control of the internal order is assumed by the Police”, while “the Armed Forces are taking care of the critical points and strategic places”.

The origin of the protests

The protests in Peru began after Congress dismissed Pedro Castillo as president of the country on December 7, after his failed attempt to solvent the Parlament.

In these demonstrations, which have left a balance of 28 dead, they demand the release of the deposed president, as well as the advancement of elections to 2023, the closure of Congress and the resignation of Boluarte.

Castillo is currently in pretrial detention and is being held in the Barbadillo prison, located in the Lima district of Ate, where former President Alberto Fujimori is also present.

If you liked it, share it with your friends!